Seven years ago a peaceful uprising against the President Bashar al-Assad in Syria turned into a full-scale civil war that has so far left more than 350,000 people dead, devastated cities and displaced over six million people.  In 2015 Care4Calais worked with many Syrian refugees in the Calais camp. However, since Europe signed a widely criticised and inhumane deal with Turkey in 2016 that trapped millions of Syrian refugees in Turkey and Greece we have seen numbers of Syrian refugees in France drop drastically. 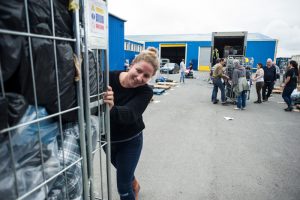