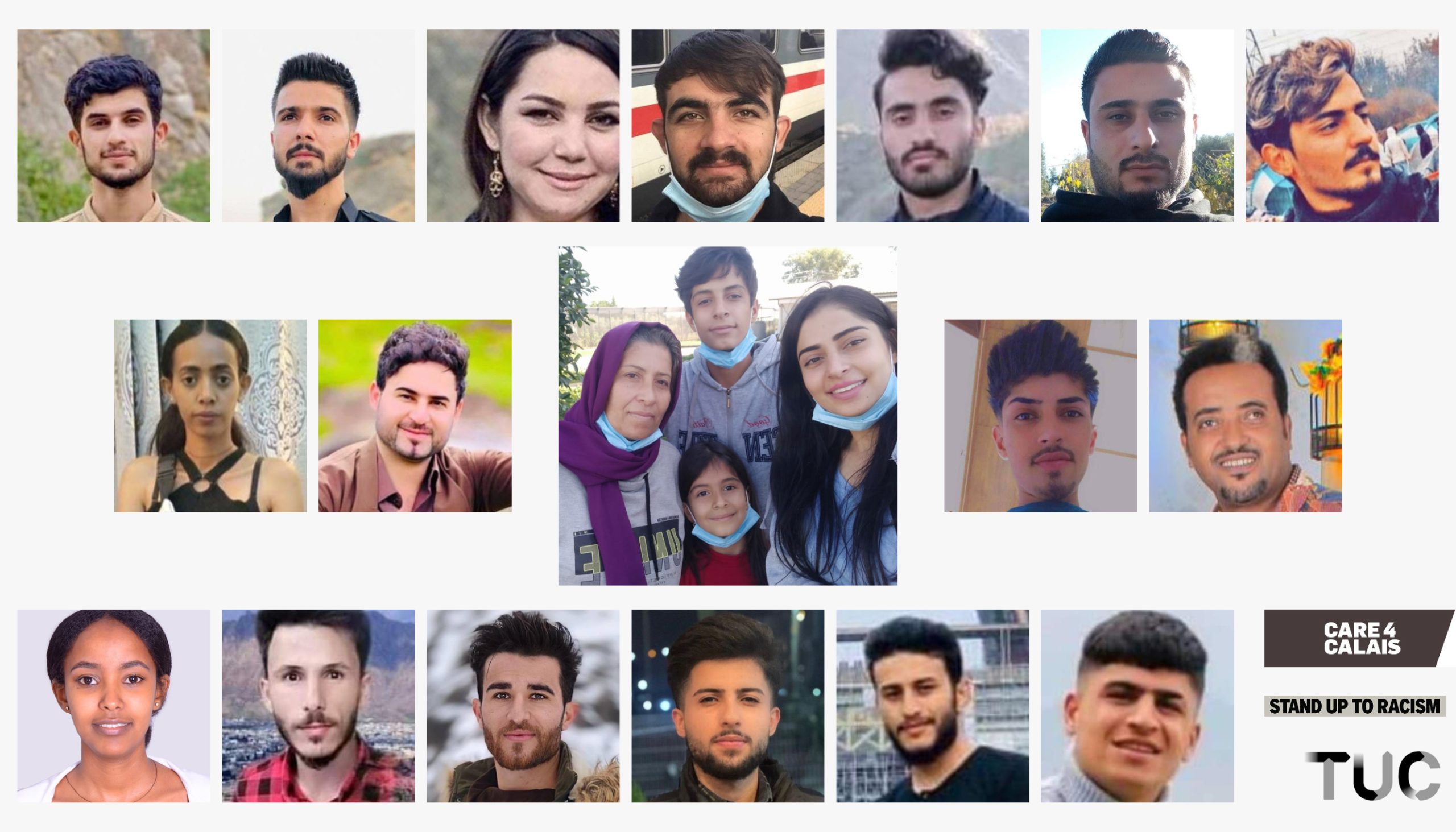 On 24 November 2021, 32 people slowly froze to death in the icy waters of the English Channel while waiting for a rescue that never came.  27 bodies were recovered and four are still missing, only adding to the pain of the families left behind. There were 21 men, seven women including one who was pregnant, and three adolescents who died.

Their flimsy boat left France around 10pm, but around midnight began to deflate and sink in the middle of the Channel.  Between 2am and 4am the passengers called the French and English rescue services many times begging for help.  No one came. The French told them they were in British waters and the British told them they were in French waters.  Around 3am the boat overturned, tipping all passengers into the water and some began to drown because of the waves.  Over time, others resigned themselves to letting go as they gave in to the cold.

Eleven hours later – at 2pm the next day – a French fisherman spotted the bodies in the water and raised the alarm.  When the French coastguard finally arrived they found only two survivors.

We will never let the lives that were lost on the 24 November 2021 be forgotten. For the victims and their families, we demand justice.

We demand answers to why French and British authorities failed desperate people who came asking for help.

We demand to know when the results of the Article 2 Inquiry will be made public to give answers to the families who have already waited a year.

We demand an end to the poisonous rhetoric used by our politicians – calling innocent refugees ‘illegal migrants’ or, worse, ‘an invasion’ – which breeds fear and division.

We demand that the government changes its approach to Channel migrants. All the evidence shows that the overwhelming majority are in genuine need of our help, and if their claims were processed they would be granted asylum.

We call for safe passage to allow these refugees to claim asylum in Britain without risking their lives in the Channel.

We call for their claims to be processed quickly so they can become a valuable part of our communities, secure work and contribute to the success of our country.

On behalf of the victims of the 24 November 2021 and their families, we demand change.

We demand that the division and fear of anti migrant rhetoric used by political leaders is replaced with the kindness, compassion and empathy that people and communities across Britain show everyday to refugees.