A Climate of Insecurity 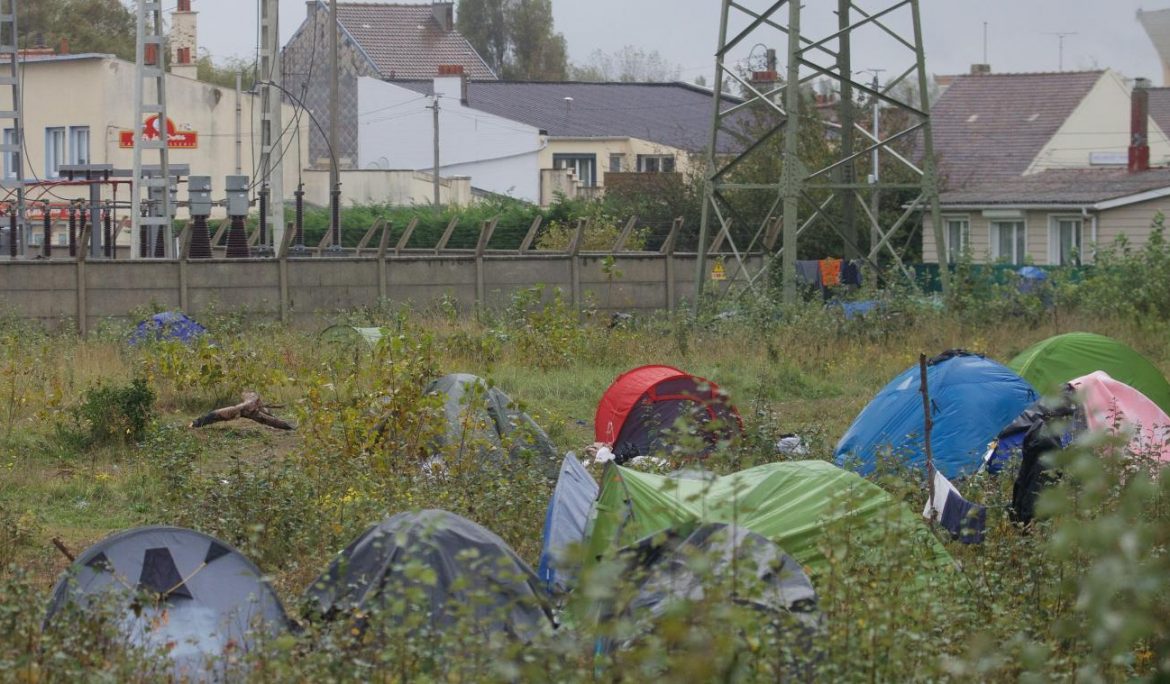 On 5 March fences will be erected to close off the two biggest settlements where refugees sleep in Calais. These settlements are on the edge of an industrial estate just outside of the town and half a mile from the original Calais “jungle’ that was cleared in October 2016.

Most refugees there are Iranian, Eritrean, Afghan or Sudanese, with up to 400 people sleeping in the vicinity.

In recent weeks a smaller settlement of Eritrean refugees was cleared on the other side of the town, and since then those people have been existing in extremely difficult circumstances, not even allowed by the police to sleep on the cold floor under concrete bridges.

In the same way that the closure of the ‘Jungle’ in 2016 did nothing to resolve issues in Calais for either refugees, locals or businesses, this clearance will have no impact on the underlying issues that cause people to be living in such horrific circumstances, nor will they deter others from arriving. There have been refugees in Calais for more than ten years and a sustainable and humane solution is desperately required.

Since October, tents have appeared path of the Pont-Trouille, near the headquarters of the company Portal, Dunes area. The land, owned by the city, the agglomeration and Enedis, is occupied by Iranians and Eritreans. It will soon be surrounded by grids.

A few days after the installation of grilles around the roundabout in the Marcel-Doret area and the three-meter-high anti-intrusion wall around the Total gas station, new fences will be erected in Calais. Once again, it’s because of the presence of migrants. Protections that multiply at the expense of the Calaisian landscape. At the end of November, we were worried about some employees of the carrier Portal, whose head office is located at chemin du Pont-Trouille, because of the establishment of a migrant camp a few meters from their premises. At the time, the fencing was a track considered by the sub-prefect “for securing the ground.” It’s done now. The area, on which Iranians, Afghans and Eritreans live, will be surrounded by fences. Enedis confirms the information. “A contractor will clear the site on March 4 before installing the fences on March 5,” says the group’s communication. The work should last three weeks.

A climate of insecurity

As a reminder, this land belongs to the city of Calais, the Greater Calais Terres et Mers agglomeration, and Enedis (formerly EDF) directly overlooking the electrical transformer station, a potentially dangerous site. Several times a week, complaints are filed by the energy company for “illegal occupation of the land”. Every two days, the camp is dismantled and the inhabitants of the street complain regularly of the detritus left by the migrants, the noise, the altercations between alcoholic exiles and more broadly, the climate of insecurity that reigns in the street. José Hennequin, bus driver and union representative FO of the Portal company, talks about nights during which “migrants under the influence of alcohol had an aggressive attitude”. For his part, François Guennoc, from the Auberge des migrants, deplores these fences. After those of the Bois Dubrulle, the roundabout area Marcel-Doret and the street of Verrotières, it continues. The exiles will continue to move, it will not change anything. The city is big. It’s endless.