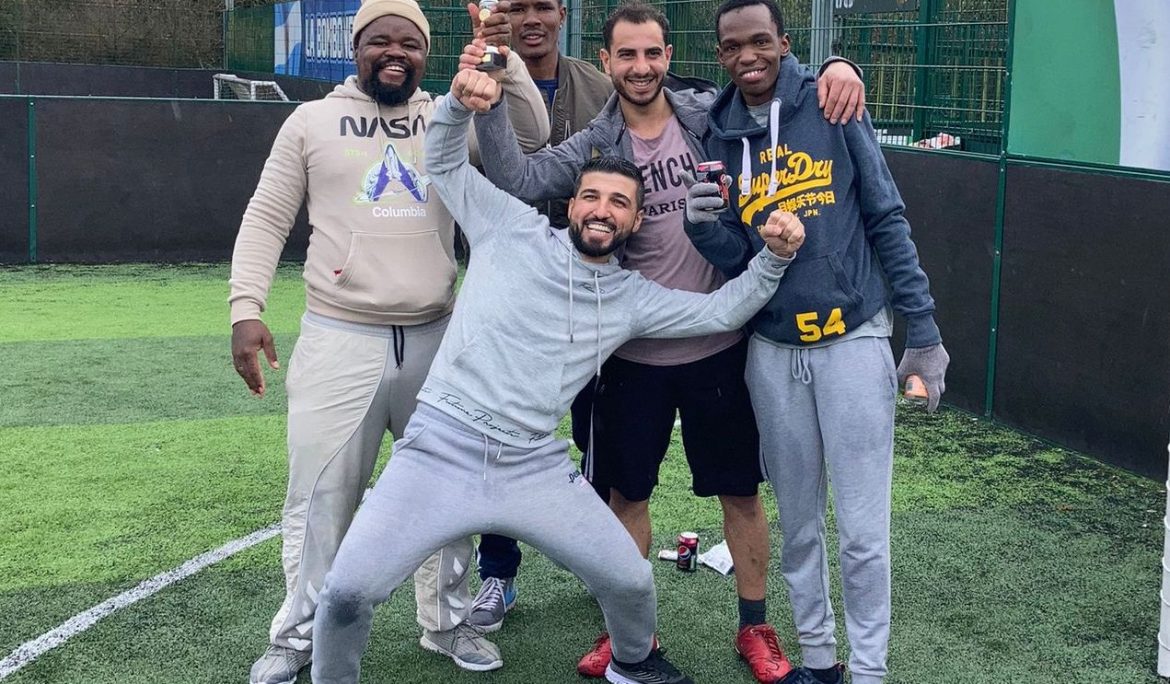 Something really amazing happened to me when we were trying to put on our Football Fun Day for refugees in East London. We were asking locaI organisations if they could donate anything to help us, and I went to a big sports shop to ask if they would donate a match ball or two.

They said no, not even one. I said ok, and asked if they would consider giving us a bit of discount – but again, they flatly refused. I was getting a bit downhearted, but then suddenly a customer who had been listening came over.

He introduced himself as Antony Joseph, from Roll The Nation, an organisation that stages charity rugby matches. He said he’d heard the conversation, and asked if he could buy them for us out of his own money! It meant such a lot for him to do that, and meant that we would have lovely brand-new balls for the refugees who came along. I left with a spring in my step, as well as the footballs.

The day was fantastic. We had a mini tournament for the men, and a brilliant coach called Tony (@turkishtone) who did some fantastic coaching with the kids. At the end we gave out trophies and medals, courtesy of the brilliant Neils trophies 🏆.

The refugees and volunteers had a great time just letting go and getting to play on proper pitches. When people are stuck in hotels though the week, being able to relax and forget things for a few hours can make such a difference. As you can see from the faces in the photographs, everyone ended the day feeling like a champion. As Tony said, “Football was the only language we needed. No borders or barriers, just smiles and laughter.” ⚽️⚽️⚽️⚽️

Thank you to all the care4calais volunteers involved, and to all the other amazing sponsors who also helped us. @goalschingford provided the pitches, John’s Minibus Hire did transport, and Britvic soft drinks donated refreshments.

To volunteer or donate go care4calais.org