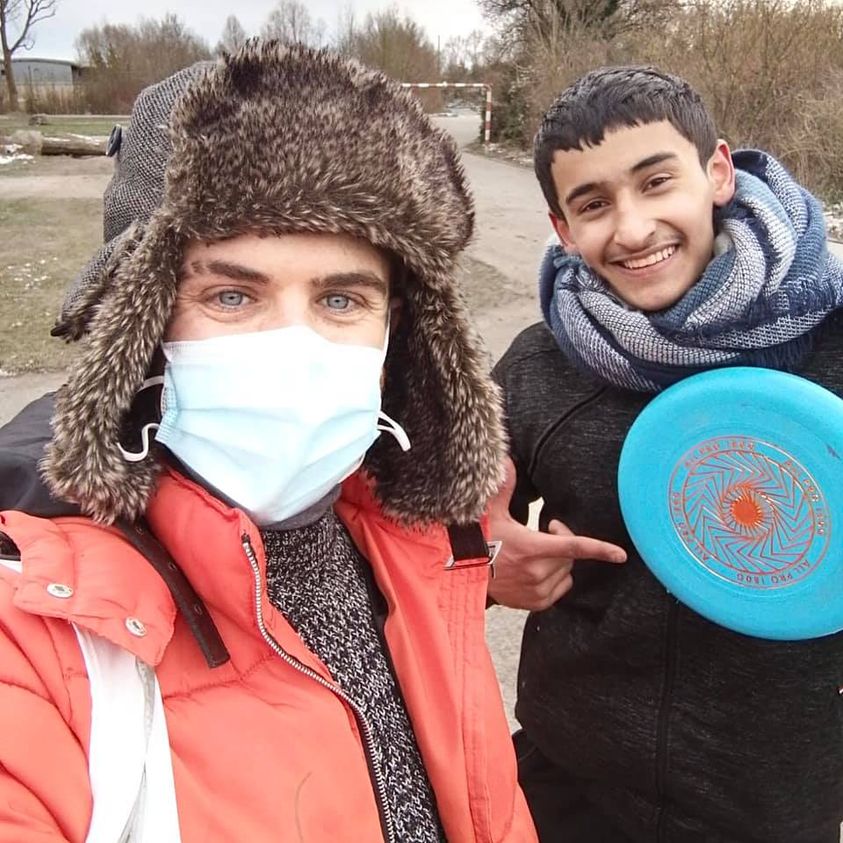 Taman pointed to my Frisbee and asked me what it was. I threw it to him, unsuccessfully. Soon enough, we both got the hang of it and the disk sailed back and forth. Other refugees and volunteers joined and left the game, but Taman and I played all afternoon – he seemed delighted. More than one passer-by fell victim to errant throws and the sewing station was knocked over.

After a while of playing, we got chatting. Since fleeing Kurdistan, Taman has travelled throughout Europe looking for somewhere safe to live. He showed me scars where police had attacked him with dogs. In Kurdistan, he had worked as a barber and played in goal for a local football team. Now 19, Taman has just arrived in Dunkirk, where around 150 Kurdish refugees live rough, hoping to cross the channel and seek asylum in the UK.

Care4Calais were able to provide those at Dunkirk with 200 sleeping bags and roll matts that day – crucial for survival in a week that ranged from 0°C to -10°C. Though dormitory accommodation was briefly opened to refugees while temperatures were below 0, Taman and many others feel safer in the cold.

Trust in government-provided aid has been significantly eroded by the poor conditions and treatment in government accommodation, and by the daily violence perpetrated by the French Military Police against refugees.

After the distribution, Taman and I played some more frisbee to warm up.We’ve done a whip round and raised £25. I plan to present Taman with his own Frisbee and tell him that it’s from my friends and family, who look forward to welcoming him to the UK. I’ll use any leftover funds to buy him phone credit, so that he can talk to his friends and family, including me.

Of course, a frisbee is not an essential need, but I think this will bring some comfort and fun to a man who has had a very rough time at a very young age.