A game with the kind cricketers of Dunkirk 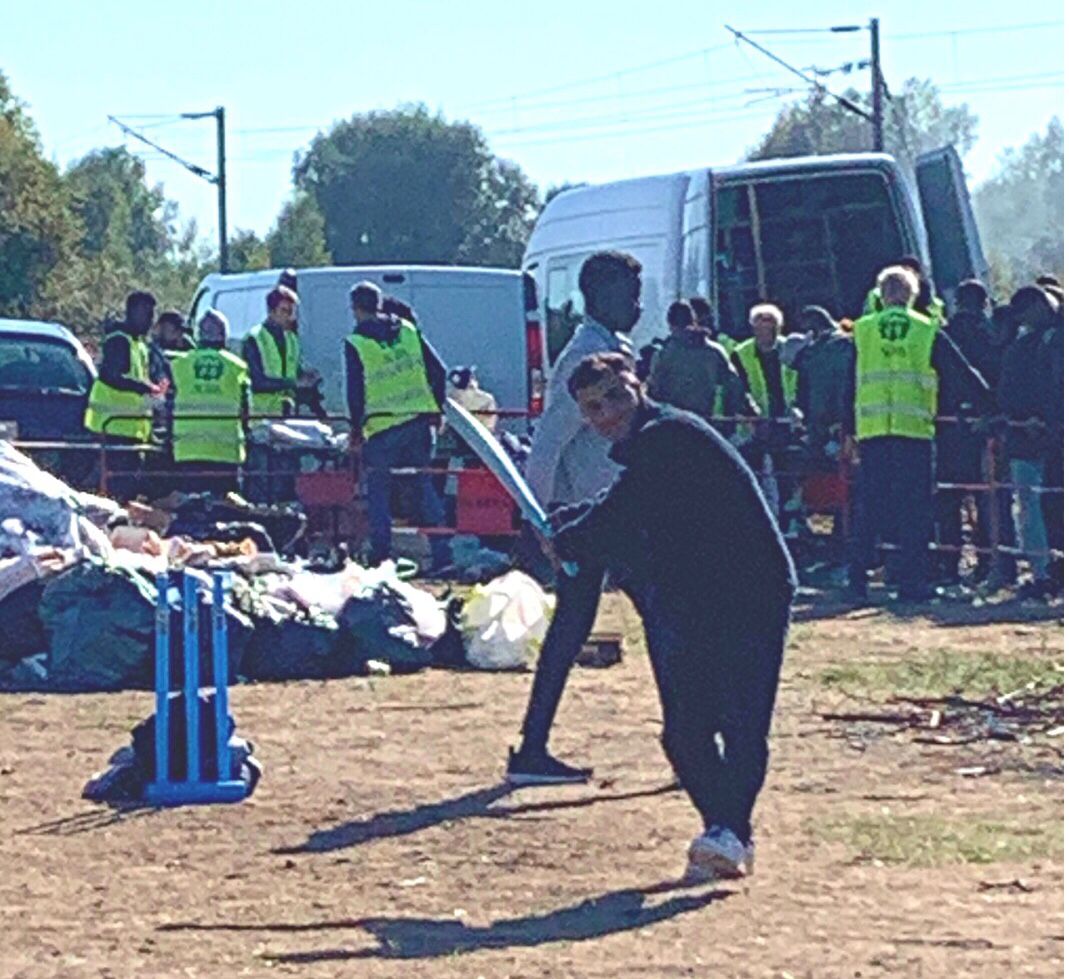 Today I was watching a highly competitive cricket match between Afghan refugees in Dunkirk. It’s getting quite muddy now so I suppose their matches are going to become more difficult, but today they were doing ok. Some of them are really good players.

I got talking to a young Afghan refugee called Ali about the T20 Cricket World Cup, which is is being played in Australia at the moment. He explained they were all following Afghanistan’s progress, “because for us, cricket is like football for you. It is everything to us.

“That is why it’s good Care4Calais brings the ball, bat and things for us. When we play cricket, it makes us think of home. In our minds, it is like we are home again.”

Suddenly I understood why the Afghan refugees are so mad on getting a game started at every distribution.

So I was then surprised when he asked me if I wanted to play, and offered me the bat. In case you’re not familiar with makeshift cricket games like this, everyone basically wants to bat, and hates being out. To allow someone to bat without doing a boring bit of fielding first is quite an honour.

But it got even better, because when I embarrassingly got bowled out first ball, Ali told the others to let me have another go, because I was new. THAT is unheard of in England! I know it’ll seem like nothing if you’re not into cricket, but sometimes it’s small, generous things like that linger in your mind. It made me realise how kind people can be here.

Mind you, they certainly made sure I was out a few balls later. As I trudged to my fielding position, Ali shouted, “England! No world cup for you this year! Afghanistan this time!”

For the cricketers of Dunkirk sake, I hope so.