A great day out at the British Museum 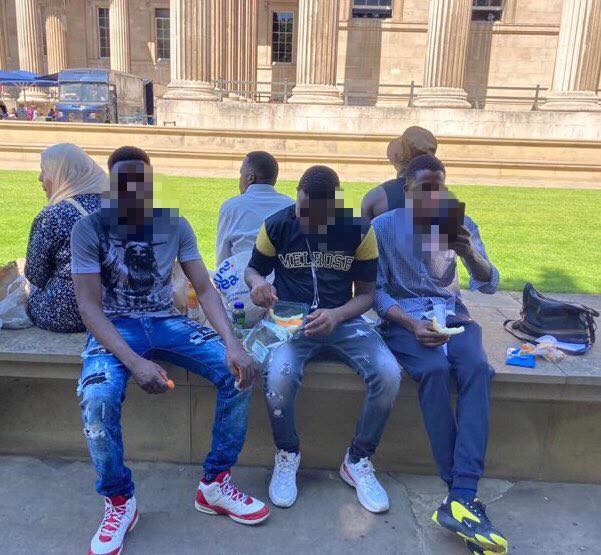 Today we had a wonderful time taking 27 asylum seekers from our area for a day out to the British Museum. Complete with packed lunches and ice creams, it was a brilliant day, and on the way back it was lovely to see everyone smiling and cheerful. I noticed one lady who is always very quiet and withdrawn chatting and smiling away, so it must have helped.

What most people loved was simply being able to see pictures and objects from their homeland. One lady from Saudi Arabia really loved the Islamic rooms, and one Syrian lady just sat quietly staring at the cases with Assyrian exhibits, lost in her thoughts. The Sudanese guys seemed really happy looking at pictures from Sudan in the same way.

We explained to people that there was now a big debate about the objects that were taken from their countries, and whether they should be returned. No-one said much about that, but there was some confusion when we reached the Egyptian rooms about why British people had taken dead bodies from Egypt (the mummies)!

I had the idea as a volunteer, when it struck me how hard it was for asylum seekers to go out and do things. Apart from the lack of money, they’re in a strange country, and things are confusing to them. I made sure I careful planned everything like transport, tickets and food, so it would all run smoothly, but I was helped a lot by the younger guys, who kept a really close eye on everyone so they didn’t get lost, especially the kids. Refugees really are so generous and kind to others, it was a pleasure to spend time with them.

Many of the people who came said this was was the first time they had visited any museum. I felt pleased that our group had been able to being this pleasure to people – all for what came with with careful budgeting just over £14 per head. We’re now planning our next trip, which we hope will be to Tate Britain.