A moment of understanding with the CRS 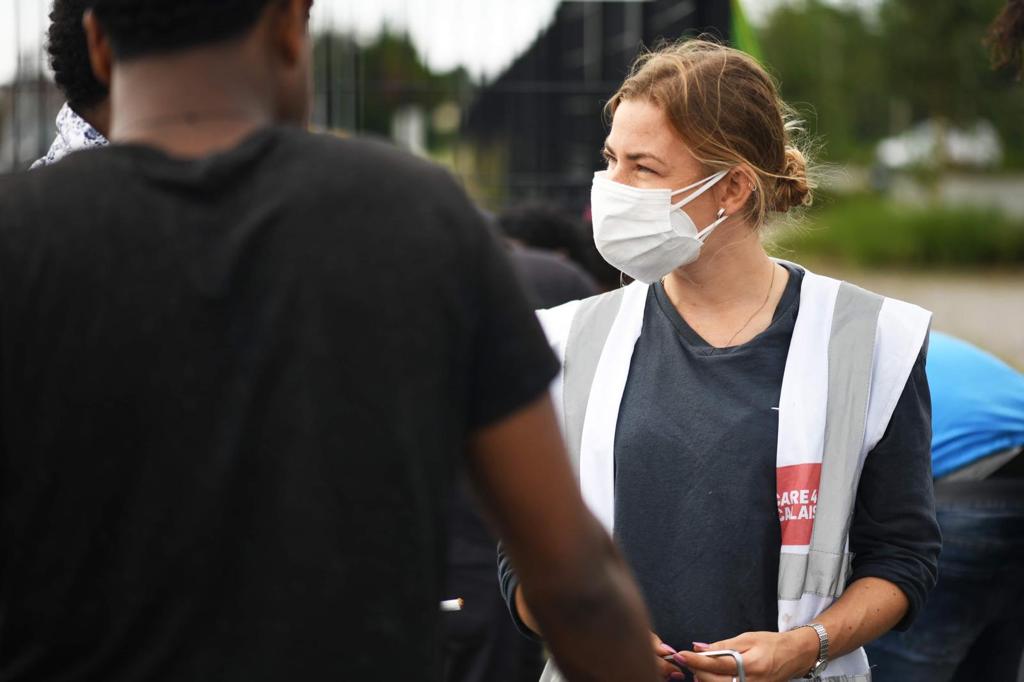 Something rather special happened today.

Having studied the map carefully we thought we found the perfect place, but only half an hour into our distribution the CRS police came and closed us down. This was a blow, as the refugees are having to walk further and further to get to us and to food.

We went back to the warehouse and studied the map again. The place we had been was definitely allowed. After some debate we decided to go back. It quite a big decision. You can get a hefty fine but it’s also possible to get a prison sentence. But people really need food and we decided to go.

Once again the police turned up just minutes after we arrived. I showed them our information and it how it was different to theirs. But then events took a turn. Because the policeman actually listened. He saw that we were not wilfully doing something wrong. There was a genuine different interpretation of the rules. He said he would sort it out.

After spending an inordinate amount of time on the phone, he determined that the police records were actually wrong. He spoke to his ‘chief’ about it and rang the local government office too. He said he fixed it so we would be able to distribute food there going forward. I couldn’t believe it.

He must have seen the look on my face because he said to me “we can be on the same side you know. You are here to feed them [the refugees] and we are here to protect them”. I could not believe my ears. It was amazing because in so many circumstances it does feel like the CRS police are our enemy – when they move the refugees on, and take away their tents. But then I guess they are following their orders and some may not agree.

The essence of Care4Calais is that we are human beings helping other human beings who happen to be refugees; that refugees are people just like us. And today I saw that CRS police are people too. Some may be bad but some are good as well. It’s so great to feel hope in that simple fact.

After that the day got better and better. We gave out food packs to over 400 refugees then we gave out snug packs too – hats, scarves and gloves that went down very well in the freezing cold. We set up our services and charged hundreds of phones, and we must have made 6-700 hot teas and coffees. The icing on the cake was the music speaker. Seeing the guys put on their own music and relax to a bit of normality in this crazy environment was a great moment.

Yes today was a great day.