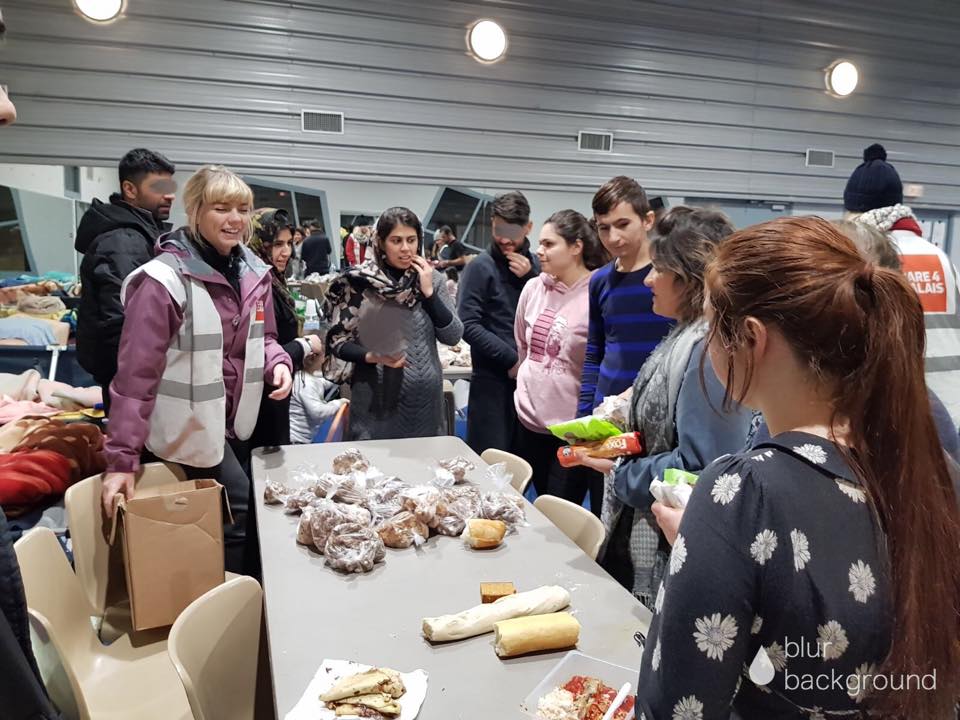 Today was really cold and we organised to go and support refugees in Dunkirk who are existing outside with little support. Some refugees have been housed in the local gymnasium – however, not enough space is available for all.

As Care4Calais does care, a van load of donations was organised to be delivered.
I was in charge of making sure refugees were welcomed and directed in a calm and organised manner towards to the van.

We had one refugee return a sleeping bag as he did not need it as much as someone else. Wow !!!

After the distribution we went to the gymnasium where it became apparent there was not enough water – we could not find out why but the taps in the centre had been turned off for a couple of days. We went back to Auchan where I bought enough water for all the refugees. Some of the families cried at seeing water – that’s quite hard.

Then through a chance meeting I (with the grateful blessing of C4C) took a lot of tea, coffee, sugar and milk to another independent volunteer who was desperate for these items for refugees.

So at 7.30 pm we were in a car park doing transfers . All in all we have had an exhausting and productive day. The volunteers are just amazeballs – we are so lucky to have the support and volunteers that are here right now .