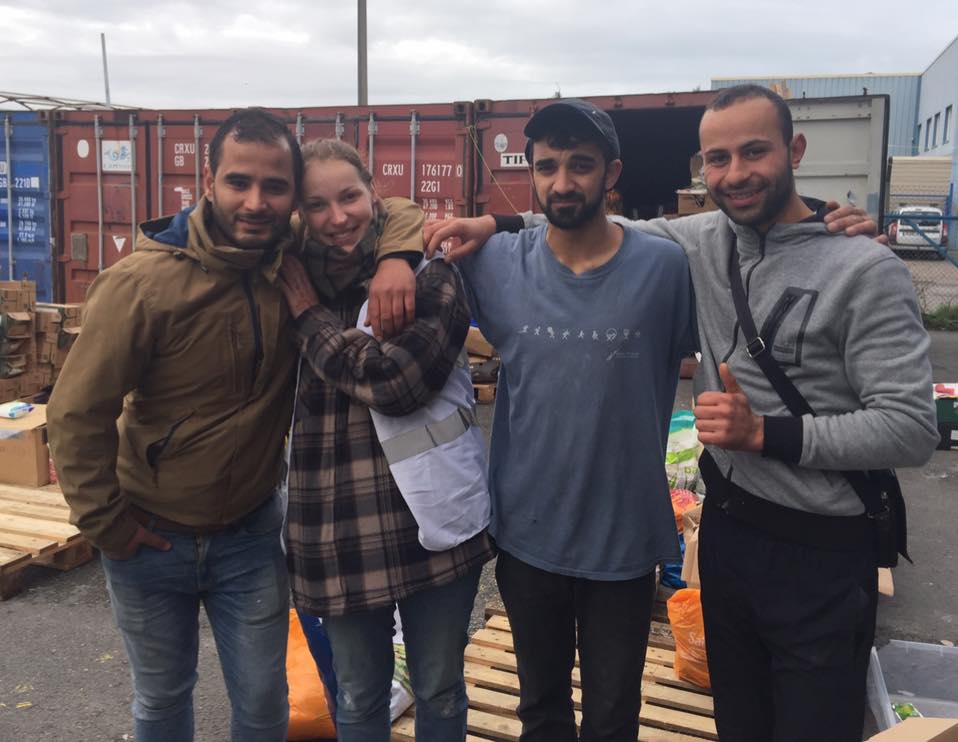 Here in Calais it is impossible to ignore the heavy police presence. The police and the CRS (Republican Security Companies) carry out random spot searches on a daily basis. These are legal under Frances current state of emergency; however the searches overwhelmingly biased towards those who look like they might be refugees and unfair behaviour is being levelled against them. Examples of intimidating behaviour and racial profiling are abundant. The police are extremely intimidating dressed in full body armour and carrying rifles with an extremely stern manner.

Recently a British Yemeni volunteer was arrested and detained for 22 hours for riding a bike that was alleged to have been stolen, another British volunteer of Kurdish decent has been stopped four times in two weeks and on one of these occasions had a gun in his face. When the appropriate documentation was produced by the volunteer the policeman just laughed. Moreover, there are clear signs of unfair treatment. For example, a van carrying two Tunisians and a British volunteer of Indian decent were pulled over. The driver of the van was fined 500 euros the reason given is that the van was only designed to seat two people. The same two Tunisians were stopped the very next day and fined a further 150 euros for not having high visible jacket in the van – a law in France we know is rarely enforced.

The British Indian volunteer said of his experience with the police “This brief but uncomfortable encounter was just further insight into the perpetual persecution facing a refugee”. These experiences of British volunteers are a drop in the ocean compared to the treatment of refugees in Calais, in Paris and wider Europe.

There is a worrying and inexcusable trend we have seen in France criminalise refugees, who by no fault of their own have found themselves in a desperate situation. This will become even more problematic as the time limits imposed on refugees to claim asylum at the WAOs come to an end.

The words ‘Liberté, égalité, fraternité’ are ringing hollow across France.