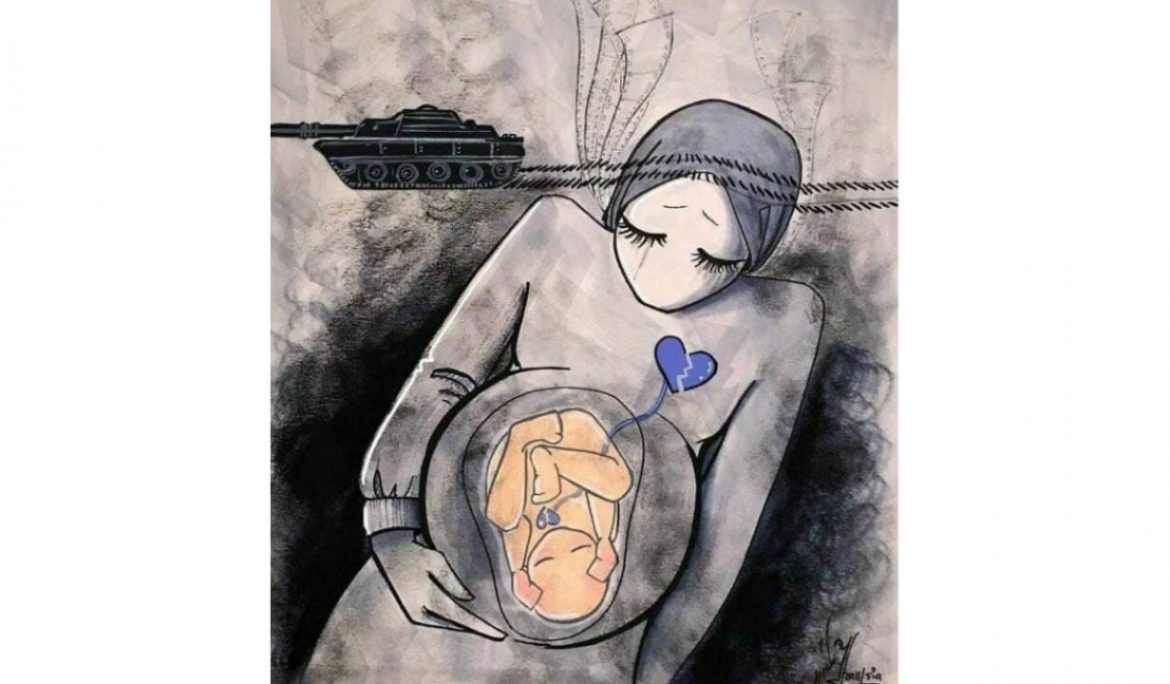 Today I saw a picture that completely broke my heart.

It’s by Shamsia Hassani, a young Afghan woman who’s a graffiti artist and a professor of Drawing and Anatomy drawing at Kabul University. It shows a woman and her baby united by heartbreak, as aggression and violence ride roughshod over their thoughts and dreams. Looking at it I’m horrified and yet deeply moved at the same time.

A refugee in a hotel where I was volunteering showed it to me as we talked about her journey from Afghanistan; that moment melted my heart and feelings beyond words passed between us.

Later I read about Shamsia’s story.

She’s famous around the world. Her work, painted on walls around Kabul, is beautiful but also utterly heartbreaking because it conveys how women are oppressed and silenced by the Taliban.

But since the Taliban took over she has been in hiding, keeping in touch with the world only through her Facebook page. A few weeks ago there were concerns for her safety, but then she took to Facebook to reassure people.

Now when she publishes a new picture, it’s a relief for her friends, family and followers because it lets us know she is safe.

Yesterday she posted a new picture, called the Black Pot of Wishes. It shows a young woman standing at a window as her hopes and dreams fall away from her. As a message from Afghanistan right now it says more than any number of words could.

I’m posting it here with the one I saw yesterday.

When I look at her pictures on her website, it really brings home to me that if an acclaimed artist like Shamsia finds herself forced into hiding then anyone can become endangered in their own country.

May she and all Afghan women one day get all their wishes back.