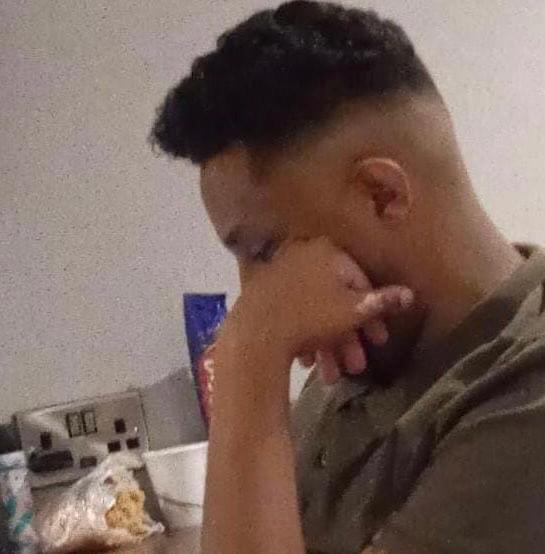 Since I was four years old I have been moving from place to place and country to country, just looking for somewhere safe to live. In Africa, where I was born, at first it was a matter of looking for somewhere my mum could get a job, so we could eat. But soon I was completely on my own, and life just got harder and harder; that’s when I decided to try to make it to the UK.

My name is Alex, and I was born in Eritrea. I never knew my father; my mum was a Christian, a protestant, not an orthodox Christian, so life was very hard for her there. Because of that and the war, she felt we had to leave, and when I was four we left Eritrea and moved to Djibouti. She worked selling some small things and doing housework for rich people, but we never had much, and it was a hard life. We were always moving around.

We left Djibouti and went to Ethiopia so my mum could find work, but when I was nine she passed away, and I was left alone. Some people we knew took me in, but I had to work to feed myself. When I got older I went to Sudan to try to find work, but it was even harder there.

I was working like a slave in Sudan, sometimes for no money. Employers knew I was illegal, and could get sent back to Eritrea, and they would beat me. If they did not like you they would sell you to another person.

I just wanted to give up, but then I met some volunteers. They were psychiatrists, and they taught me ways to think that helped me get through these bad times; they really helped me, and gave me a goal for the future. I decided I wanted to be a psychiatrist, so one day I could help people like me. There is so much bad mental health in refugees and I really want to help them. I’ve never been to school so I knew it would be a long hard path but why not?

I began teaching myself English, using my phone and talking to people so first.I found a book on my phone, called Alice’s Adventures in Wonderland. I really liked it – it was hard for me to read, but slowly I got through it. Alice is so brave, not scared of anything and I liked that. She is strong, and can get past all problems. Since then I have liked reading fantasy books when I can!

I had heard of the UK and learning English made me interested in it. In the end I decided to try to go there. Life in Sudan had been so hard in the three years I had been living in the country.

The first step was to get a fake passport. I moved to a small town in Sudan to get the passport. I had managed to save some money, and some people I knew helped me with the rest. With the passport I got a plane ticket to Paris. I was so scared on the plane, and I was sure they would find me out. But it was my only chance, so I was willing to risk everything.

In Paris I did not know how anything worked, so I followed a small group of people from Eritrea out of the airport. I followed them all the way, step by step to Calais!

In Calais I couldn’t afford a boat across the Channel, so I stayed in the jungle and met some other people. They had bought a boat themselves. The day they tried to get to the UK, I helped them get the boat, and carry it to the beach. run with it down the beach. When it was in the water I jumped in too, and no one pushed me out. I was terrified; I cannot swim and the waves were so high and so cold.

A British ship rescued us and brought us to the shore. The police treated us well, and then I was sent to a hotel not too far from Birmingham. I;m still here. I had been looking forward to starting my new life, but the news was not good. First I was told getting asylum could take years, and then it got worse as we heard that we could be sent to Rwanda. I had just given everything I had to leave Africa – why would I go back?

Rwanda is not a good place, I know people in Sudan who are refugees from Rwanda. It is not safe there, there is no help and no jobs.

I was not feeling good, but then someone gave me a phone number and said to call it for help. So I did and I got through to the Care4Calais access team. They were so nice to me, just talking and calming me down. This is what people in my situation need. Nobody chooses to be a refugee, we have to leave our country to escape something. Care4Calais understand this, and always answer the phone.

One day Care4calais came to my hotel, I wanted to go and thank them so much but they were very busy, so I sat down and wrote them a letter to say thank you and how much I appreciated their help. I was thankful because I have always been struggling. I have been through a lot in my life, I have lost so much and I have no one left. No family, no relatives, no one. There is no one to listen to me. But Care4Calais do.

We are challenging the government’s Rwanda policy in court in July, and we need your help more than ever. To find out how to help go to care4calais.org/stop-rwanda/