All aboard for Bernie’s super cycle classes 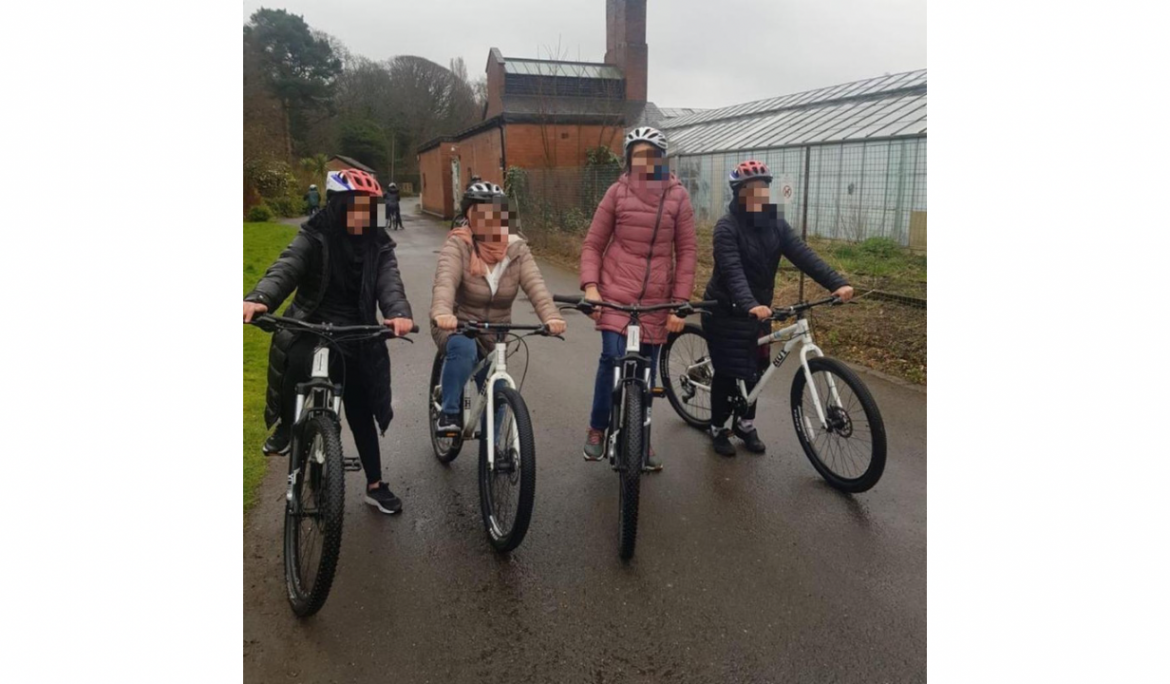 Today I had the most uplifting and inspiring day, and it was all down to the amazing spirit of the Afghan women refugees I work with.

It was at a cycling session that I set up for women from the English language class I run and from hotels I help at. Some of the women were a bit nervous at the beginning because they hadn’t cycled before, but now they’re more used to it, and having the best time.

“I could go faster and be more confident. I want to have a bike of my own to practise on and go everywhere,” one lady said to me at the end. “I feel really powerful when I’m riding!”

My name is Bernie, and I volunteer with Care4Calais in Manchester. The idea of cycling came up during a class when we were talking about hobbies. I asked the ladies if anyone wanted to try something like cycling, and all the hands shot up at once. That’s when I set to work organising a couple of sessions run by the British Cycling organisation, based in Manchester.

One lady in her mid-20s from my English class, a really lovely lady, was very nervous getting on her bike because she’d never ever done it before. She really wanted to try though, so I showed her how to get on and off, and then rode next to her.

She was laughing all the way! And at the end of the hour and a half, she was able to pedal the bike and you could see she felt a big sense of achievement.

The Afghan ladies I work with are stuck in their hotel rooms all day, unable to go very far because they don’t have money. I thought something like cycling, which is a bit out of the ordinary for them might help some of them feel that “I am a person myself as well as a mother and a wife” feeling.

British Cycling arranged for 12 women to be coached in the first session, with about 16 taking part in the second. The organisation provided free bikes, helmets and coaching, and coaches Beth and Craig made it a very informal event.

Working with these women is utterly inspirational. It’s a great thing to offer the time if you have some to spare, and it’s just really empowering for everyone. If you’d like to volunteer or donate, go to Care4Calais.org