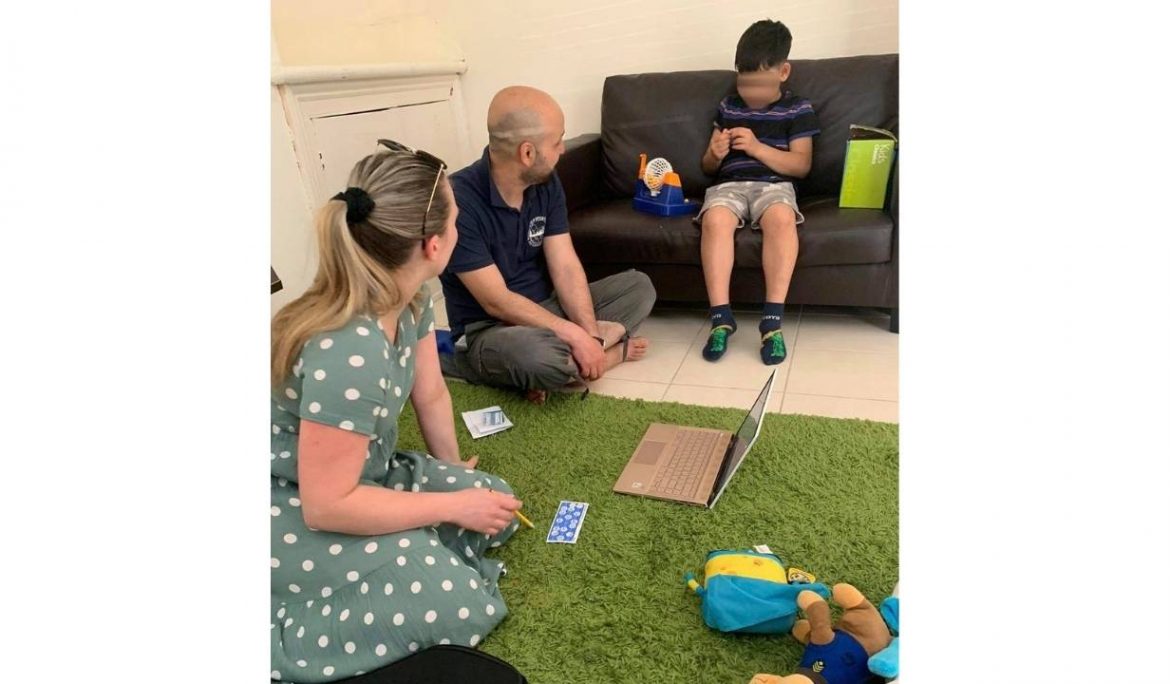 This is Amir, a truly amazing, cute and talented nine year old.

Amir’s from Afghanistan, and came to the UK with his mum, dad and baby sister a few months ago, after making their way across Europe.

Amir’s mum was pregnant on their journey, so it was particularly hard for them, but they made it, and they’re in the north west waiting for a claim for asylum in the UK to be processed.

We at Care4Calais in Manchester first met the family during the Aspen card crisis when thousands of people had no access to money for two weeks, and as a team we went around to as many people as we could dropping off food parcels.

The amazing thing about little Amir is that he’s the only one of the family who speaks English. That means at the tender age of nine he speaks for his mum and dad as well as himself.

When we first went with food he was a bit shy to speak except for saying thank you from his parents. Now however he’s the house translator, and helps to teach his mum and dad English using YouTube to help them.

He’s a fantastic kid, and always wants to learn more. He’s recently started at primary school in Manchester, and he’s been keen to know as much English as he can so he can chat and play with his peers. He’s so bright, he’s learnt so much already and is always playing out with kids on his road. We volunteers try to help him as much as we can, so we pop by from time to time to check if the family are OK, and provide extra resources for his learning.

It may seem silly but in the photo you can see here Amir wanted to learn some more maths so we played bingo and did counting, then got onto BBC bitesize and did some games.

He said he loves when we come around and doesn’t want to play out when we’re there because it’s his only chance to do extra learning.

Moments like this make a big difference to refugees and they’re also wonderful for the volunteers as well. We need more recruits to help people like Amir and his mum and dad, so if you can help, please visit care4calais.org