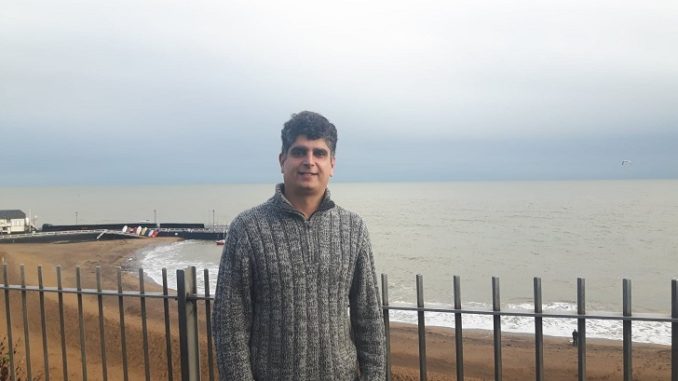 From being a tortured refugee to a councillor in Thanet, Aram’s story is a truly inspiring one that reminds us how lucky we are to be born somewhere safe.

In 1999 Aram Rawf was a terrified 17-year-old fleeing Iraq in the back of a lorry. He had been taken to a mountain camp in  northern Iraq – previously Kurdistan – and tortured by extremists after he refused to train as a suicide bomber.

A ruse by his older sister saw him taken to hospital and then on to his escape.

Twenty years later Aram is a British citizen, a councillor, a volunteer and a campaigner.

Aram’s story was originally published in the Isle of Thanet News.

Aram was eventually detained and told he was being sent back despite his fear that he would be murdered as his uncle and family had been.

Aram said: “After I was released from immigration detention in 2006 I joined St John Ambulance as a volunteer. By saving lives I wanted to say thank you to the community that saved me from deportation.”

In 2008 Aram was granted indefinite leave to remain in the UK following one of the longest asylum cases to ever run in the country and in 2011 he became a British citizen.

He says his life is thanks to the sister he has not seen since that day at the hospital in Iraq, adding: “I hope she is alive, I hope she got out.”

To help other refugees desperately trying to reach safe UK ports, get involved by volunteering or donating. Every little helps.

Volunteers give out 500 joggers to 500 happy faces

We see the person – not the problem