Beth on the energising effect of volunteering 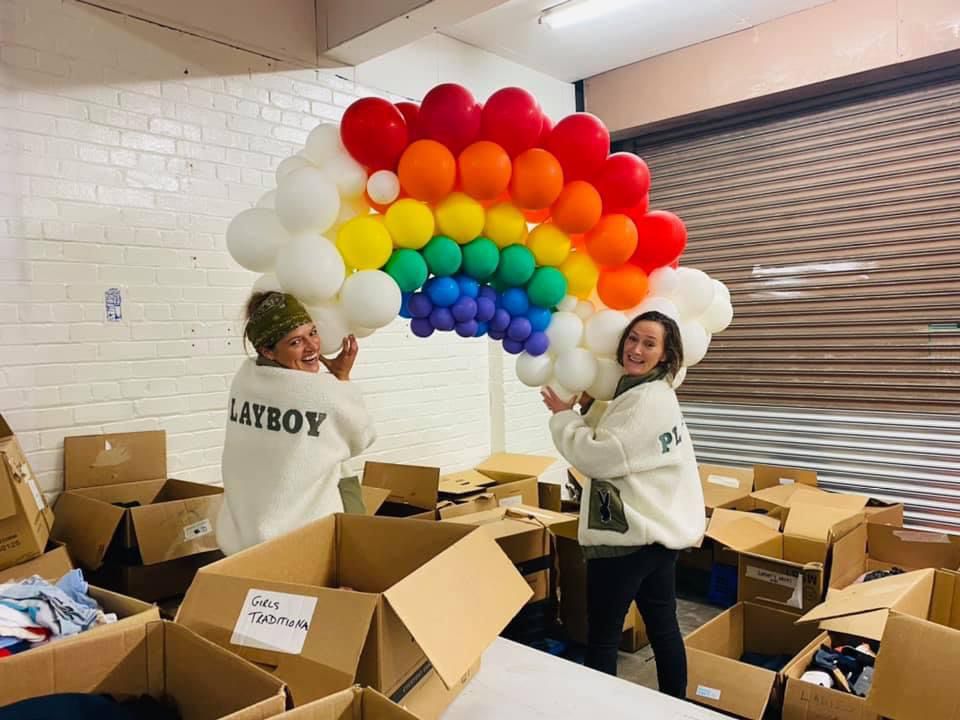 I’m a social person, and I try to add energy to the Care4Calais warehouse – I think that’s so important for keeping people’s motivation and spirits up. Sometimes we have a lot of work to do, so I’m the one chatting and joking, keeping people focused – and cracking the whip.

I’m so proud of Manchester and what its people have given. The problem is that a lot of people give a bag of stuff and think it ends there, but that’s only the beginning, there is so much more to do.

I’m Beth, and I’ve been volunteering with the Manchester crew for the last eight weeks or so. During that time I’ve met the most incredible people, and I love the idea of helping Care4Calais. They break down the barriers in the way to help people, do everything necessary to get the job done and have such a great “can do” attitude.

As I watched the disaster in Afghanistan unfold in the summer I knew I had to do something, so I searched Facebook and found the Manchester group. Over the years I’ve paid a lot of attention to the plight of refugees in Calais, and as they’ve been close to my heart I was thrilled to find a Care4Calais group right here.

I’ve done all sorts since I found them. At first I was known as Van Girl because I had a van and they were trying to move a huge amount of boxes from Stockport to the Smithfield area. That was a mammoth task I can tell you, but we got it done! Some of those boxes were really heavy and packed tightly together, and I had more bruises on my legs than a leopard has spots by the time we were finished.

I’ve been on distributions in the hotels, and supervised hairdressing sessions, and I love meeting the Afghans who are here – having a joke with them, and building those all-important relationships. Sometimes at distributions we have a bit of an impromptu fashion show, trying on coats and jackets. And a while back we had a family fun day which was such an amazing experience, with everyone able to really relax and get to know each other. Building those relationships is so important, because helps the refugees come to trust the charity and know we’ll do whatever we can to help them.

I’ve also collected donations, which can be special. I once picked up a vanload from a 92-year-old man in the Lake District who’d done a collection for us, and he told me he’d also raised £40,000 for other causes by skydiving at 90! He wouldn’t let me go without feeding me three cups of tea and eight cakes. I love meeting people and chatting with them like that.

Charity is a huge part of who I am, and I will always be involved in helping others in one way or another. I’m just back from seven years in Nepal, having gone there after the earthquake to help set up a guest house as a charity.

Since I came back I’ve been working on setting up my property business, which is going well. I’m hoping that it’ll give me an income so I can set up my own charity – I don’t know what yet, but it’ll show itself in time.

People sometimes ask me why I volunteer. It’s hard to explain, because if they can’t see the joy of helping others how do you explain it to them? But I’d say to anyone thinking about volunteering with us right now – give it a go! There’s so much still to do here, and we need lots of help. I should be on holiday now with my family in the south of France but I chose to stay here and help as much as I can.

It’s fun too – we have a laugh with some of the donations we found, like the back and white zebra coat with a yellow fur trim, that’s currently hung up in the warehouse as a prize donation. We have a speaker and music, people bring in cakes and snacks and the guys from the FareShare food charity bring us over lunchtime treats.

Volunteering just gives me energy and a happiness that is pure – and I will continue as long as I am needed.

To get involved email [email protected]