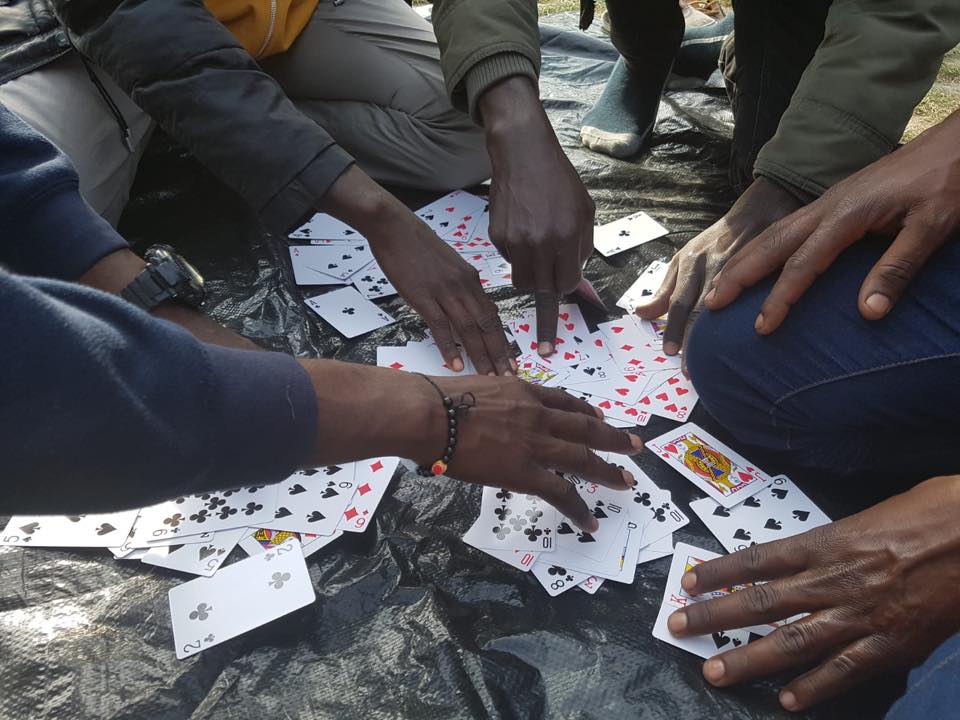 Now more than ever we need to continue our support in Brussels, as each week we visit numbers are growing exponentially. Individuals and groups from East Africa, North Africa, West Africa, the Middle East and parts of Asia. Mainly men, though we are now seeing a small rise in women and families.

Estimates range from 700 to over 1,000 people in the park area, with up to 400 being hosted each night by the fabulous citizens hosting program and 300 able to obtain places in social housing when they are available.

Since early September the authorities have had a major crack down with raids on the park taking place, arrests and detention becoming common. As the weather gets colder and the official stance more hardline, situation is becoming more desperate for many.

Care4Calais visits every week to support with clothing and supplies, services and solidarity. Despite their tough plight, we were able to witness some very special moments this week, in the midst if it all.

One notable moment was the joy found on faces of those sat around on the floor, as a group became fast friends over a convoluted game of cards. Their smiles stretching when they know they have a chance of winning, translating to each other so everyone can communicate.

The next moment goes to a large huddle of men taking meticulous care at cutting each other’s hair and beards. This kind of attention took time and formed informal lines amongst the men. But as an older gentlemen, strikingly different to the fellow group, in his colour and his ethnicity. Each man in the group stepped back to allow the older man to jump the queue, take a seat and become the next barbers client. It didn’t matter of his striking physical difference, it didn’t matter that his language wasn’t the same, it didn’t matter that he had no friends alike. All men agreed that respecting your elders mattered; even if it meant they would wait a bit longer for their turn.

The situation is getting worse, more desperate and for many more bleak; it’s very special when we are able to still witness these small moments of joy.

To add to our hairdressing kit we are seeking electric shavers to provide an additional service for men with tougher and thicker hair, as found in certain ethnic groups. Please get in touch if you can donate these or donate the money to buy them.