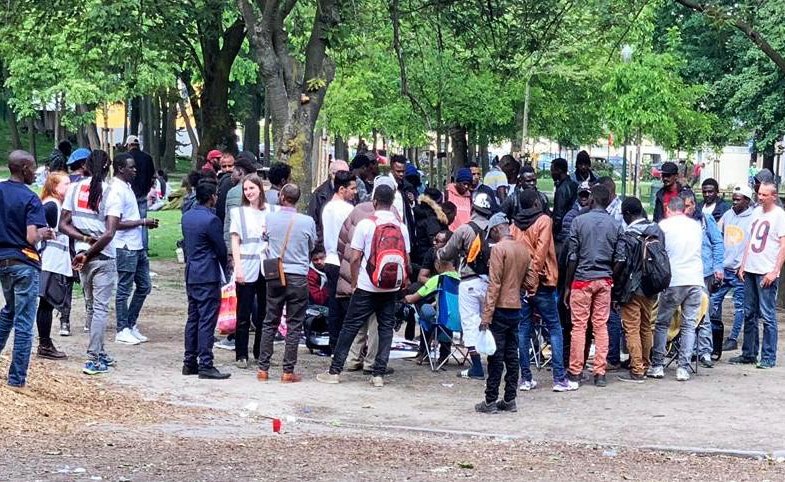 This Thursday people were cleared out of the Gare de Nord – the only shelter – so there are even more people in the park, and some new arrivals as well. We saw around 400 people this week but the refugees told us that there were many more not present at the time of our visit.

Once again people were asking us for food, but our stocks are the lowest they have ever been. We gave them tinned fish, dates for Ramadan and nuts that we brought that morning, but I’m worried that we have none left for next week.

I spoke to one young guy from Sierra Leone. He told me he lost his parents in his home country, then he and his brother made it to Libya but his brother died there so now he is alone. He went to Italy, then Germany for two years and has now got to Brussels. He wants to go to the UK to finish studying to be an architect, but his ultimate dream is to see the queen.

His grandfather told him how he met the English queen when he was young and she came to Sierra Leone to visit. Ever since he has wished to complete the circle and see this famous queen for himself.

You can help refugees in Brussels by volunteering with us or donating so we can buy more supplies.

Concerns over refugees being moved to containment centres