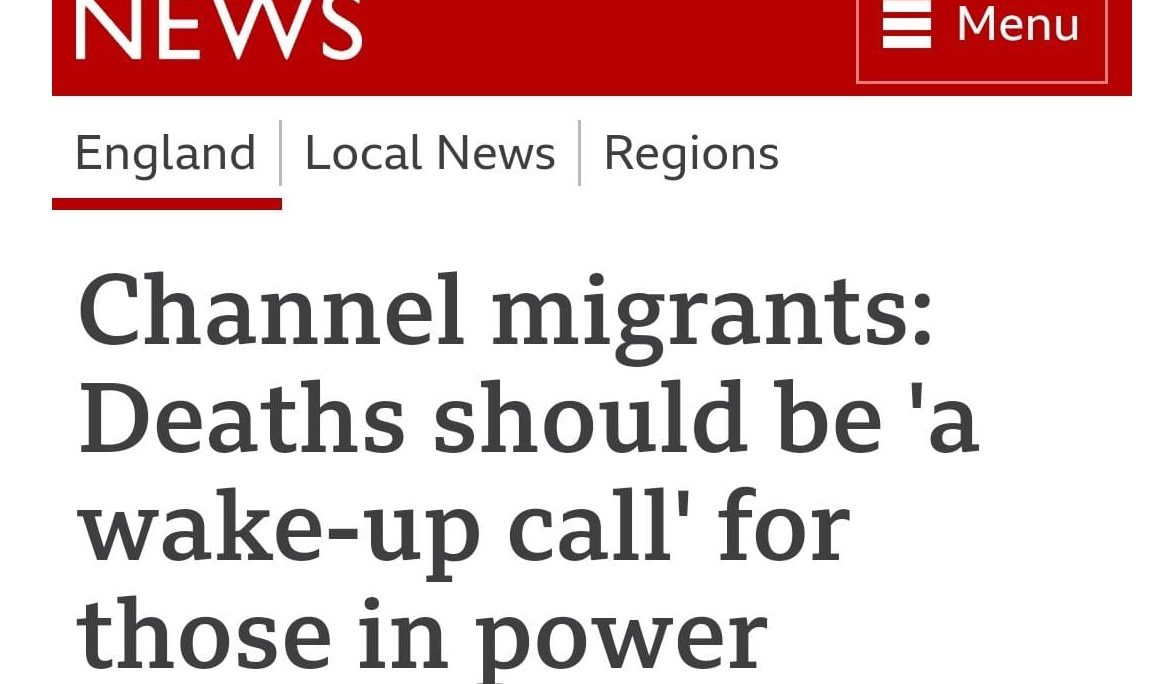 Everyone here in Calais is utterly devastated by today’s news that three refugees, including one very young child, died when their boat overturned off Dunkirk.

We are grieving for the victims, we stand in sympathy and solidarity with their families and friends. It is cruel and horrifying that this time, young children are among the victims.

This unnecessary loss of life has to stop. No one should ever feel they have to get into a fragile craft and risk their lives crossing the Channel, least of all vulnerable children.

Refugees feel pushed to take these risks because of the policies of the French and British governments. Living in miserable conditions on the streets of Calais, hounded by the police, and left with no clear, legal process to have their UK asylum cases heard, refugees feel they have no other option but to take huge risks to make it to Britain, and some pay with their lives.

Instead of trying to put in place better laws that protect refugees, the UK Government is currently planning to scrap legal protections that allow refugee children in Europe to be reunited with their families in the UK.

This loss of life should be a wake-up call for those in power in France and the UK. We have to provide a safe and legal process by which refugees can have their UK asylum claims heard. That’s the way to put an end to terrifying, dangerous sea crossings and stop tragedy striking again.

Update: French news sources are reporting that a fourth victim, an eight-year-old child, is in hospital in a critical condition. Reports also say that rescue workers are still searching for the missing, including an infant whose mother is thought to have died. Sadly, the death toll from this terrible event could yet rise.