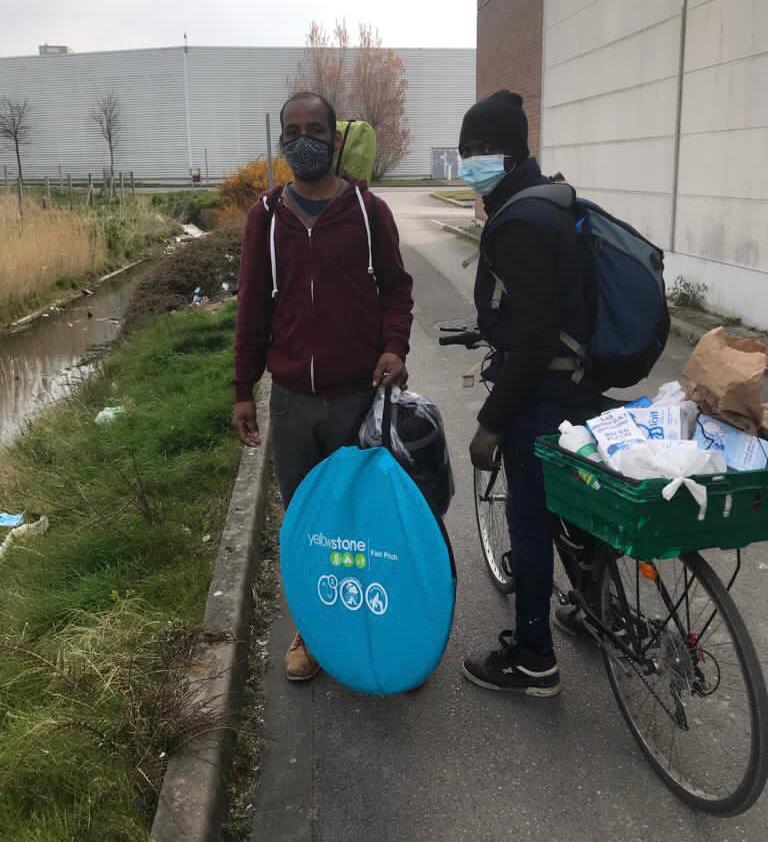 Yesterday in Calais the police unexpectedly evicted refugees who were sleeping rough. Up to 200 people were forcibly moved. This morning, the police returned to destroy the woodland, so that the refugees cannot return.

One man in his early twenties, from Sudan, said he was injured by the police during the eviction. He was caught off guard when a foot came through his tent. A boot hit him on his forehead and caused swelling.

This man, and others living with him, have already experienced terrible cruelty and were forced to flee from their countries. Now they are displaced yet again in France. ‘No one can live here in the wood anymore… Where do we go now? We don’t disturb anybody. Yet they continue to move us’, he said.

It is horrible that refugees in France are treated like this. The negative impact this has on mental health is hard to witness; the lack of dignity and humanity is shocking.

But refugees are not victims, they are resilient. Chris, a long-term volunteer at Care4Calais, knows that these unlawful evictions won’t stop the refugees. ‘Last night, I saw some refugees right after the eviction. It feels like an all-out war by the French state and this brings me down. I thought they would be so upset, but it was incredible to see how strong they were. This inspires me and makes me want to stay here and help. The local French authorities don’t realise, but you can’t kill an idea – one day they’re going to get to Britain and be safe, to get the life that they’re after.’

The refugees will stop at nothing, and neither will Care4Calais volunteers. We responded last night to distribute sleeping bags and emergency food packs. @Collective Aid distributed tents.

Right now, we’re preparing to respond to another eviction that has just happened tonight. Whilst the French state is trying to make the lives of refugees worse, Care4Calais will be there to help them.

To join the team and volunteer here in Calais, email [email protected]