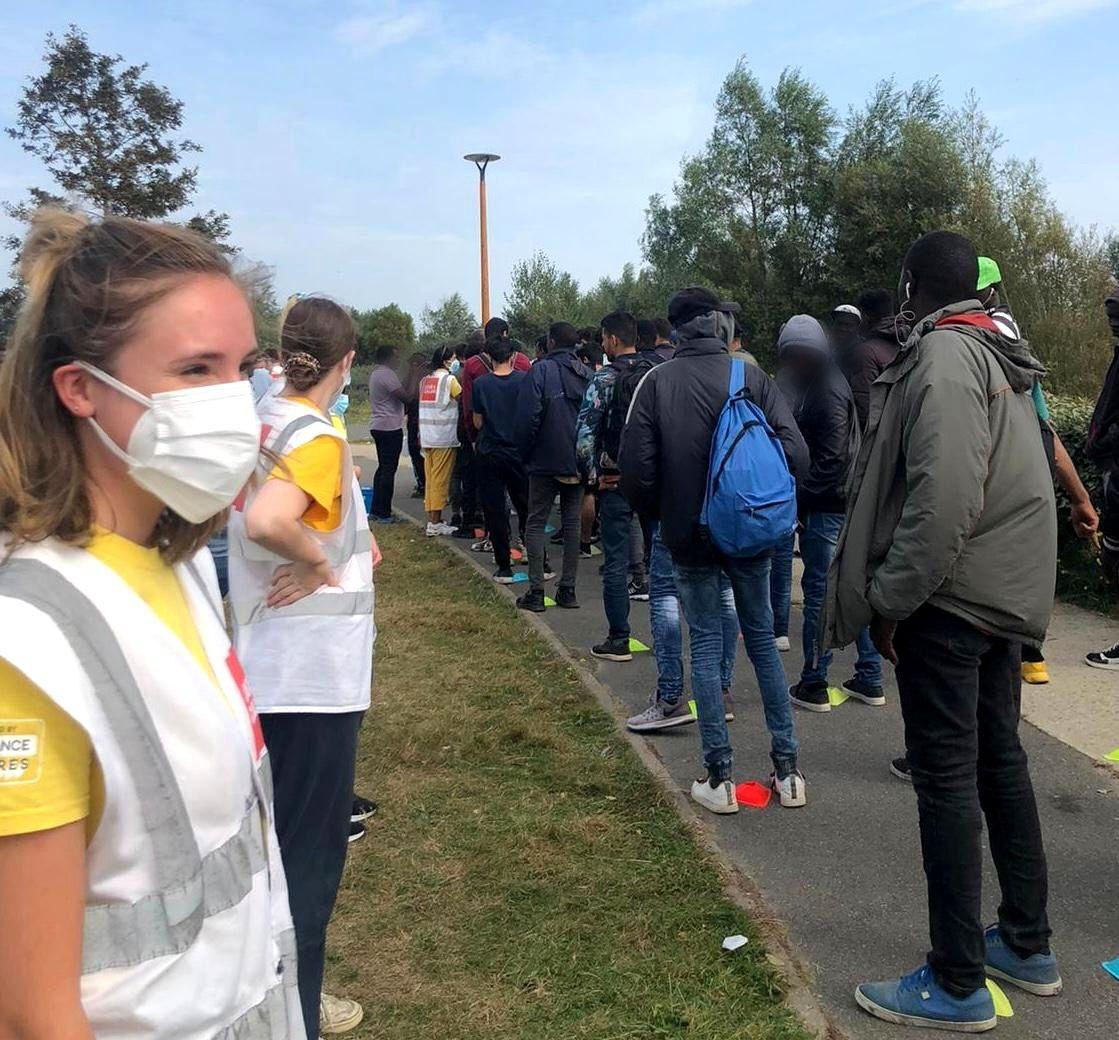 It’s been nearly a week since the French State made food distributions illegal in the centre of Calais. Today there is a hearing in the court of Lille to ask for a suspension of this ban. We’re expecting a decision from the judge later on.

We have continued distributing food in areas not covered by the ban. Yesterday we gave out 130 group food packs that will feed over 500 people for 3-4 days. But more refugees are arriving in the city and not everyone can get to where we are distributing.

There are more than 1,000 refugees in Calais who rely on our food to survive. The French government claim that the meals they provide are enough – but they aren’t. We have watched their distributions end with people still waiting in line, and they’re not distributed in all the areas where refugees stay. If they want people to stay in one area, they should stop evicting them from everywhere almost every day. That only forces them further into hiding.

The French government say they’re making distributions illegal because of coronavirus. Our distributions are always socially distant. We make sure that refugees are at least one metre away from each other in the queue. We can’t say the same for the government’s own distributions.

Making food distribution illegal is a clear act of hostility against vulnerable people who have already been through enough abuse. They are evicted regularly. They have their possessions confiscated from them. They are harassed and humiliated at the hands of police. It cannot be right that they must now go hungry too.

Where there are refugees, we will do everything we can to be there, as we always have been. To help us keep going please contribute at care4calais.org/emergency-appeal