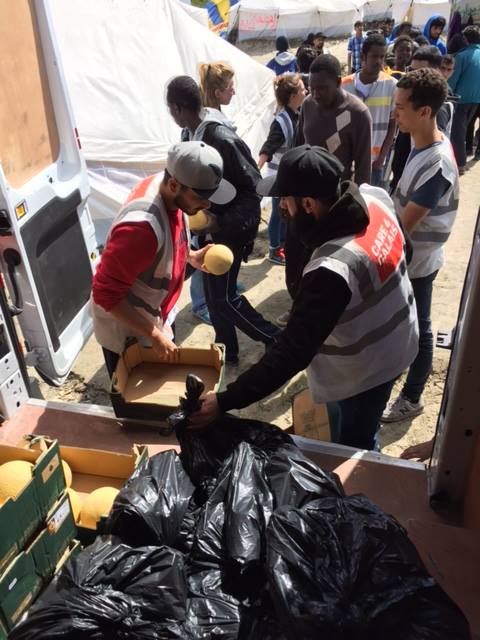 We are delighted to report that the Court in Lille has today ruled to suspend the Order of the Mayor of Calais to cease food distributions in designated parts of in Calais. As this allows distribution to recommence, there has been no decision on the request from the local associations for a formally designated place for future distributions.

The associations have said that they are open to discussions with the local authorities on the physical organisation of such distributions, eg place, facility, etc. using their knowledge of the area to work out suitable solutions. They are pleased that the policy of pretending that there are no migrants in Calais can no longer continue.

Key points of note include:

• There is no evidence that in Calais the distribution of meals made since the beginning of 2017 is the cause of serious disturbances to public order such as to justify a restriction of freedoms;

• Any measures that the mayor enacts with a view to regulating access to and occupancy of public places must be adapted, necessary and proportionate to the requirements of public order and safety; any restrictions imposed on freedoms must be justified by proven risks of breach of the peace;

• It is not the prospect of finding a minimal amount of humanitarian aid but the geographical situation of Calais that attracts migrants wishing to go to Britain to the territory; therefore, measures which have the effect of depriving a very vulnerable population of vital food aid are neither necessary nor proportionate to the objectives pursed by the mayor;

• By the contested decisions, the mayor of Calais made a serious and manifestly illegal attack on the freedom of movement and the right to assembly. By preventing migrants from satisfying vital basic needs, the mayor of Calais made an illegal breach to the right not to be subjected to inhuman or degrading treatment as enshrined in Article 3 of the European Convention for the Protection of Human Rights and Fundamental Freedoms.

• Therefore the judge decided to suspend execution of the contested decisions of 7 February, 2 March, 6 March and 9 March 2017 prohibiting the distribution of meals on sites in the Dunes Industrial Zone and Dubrulle Wood.

• However, while the number of migrants present in Calais is limited, there is no need to order the municipality to open a designated place for the operation of a meal distribution service for migrants.

The city of Calais has the right to appeal the decision.