Calais is in lockdown, but refugees can’t stay home 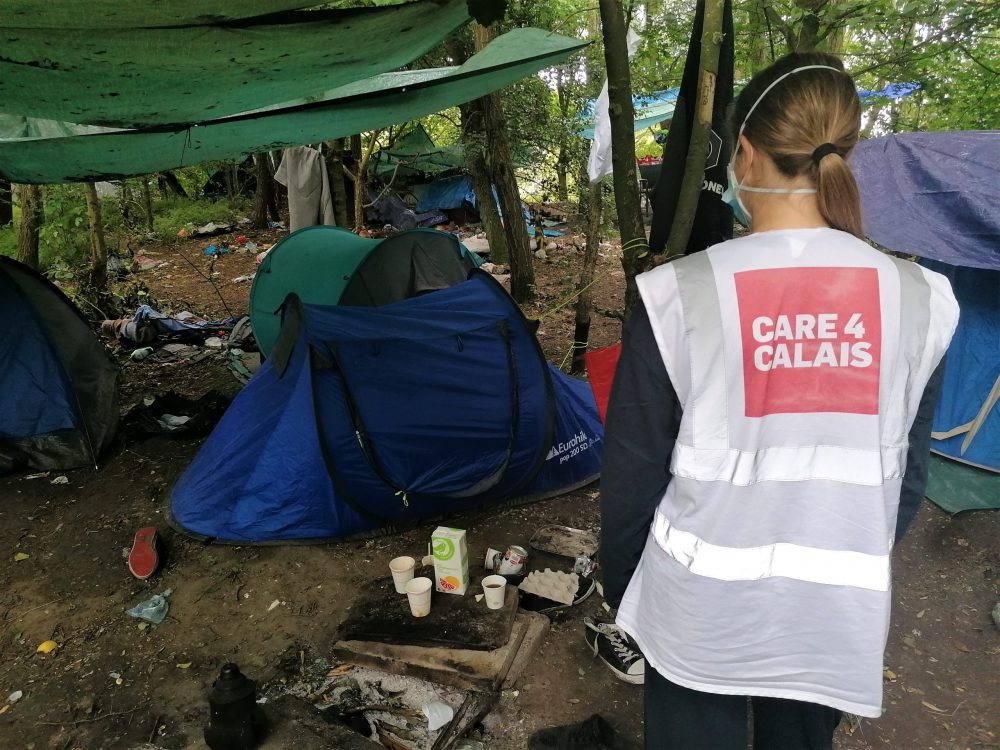 A gentleman approaching his 60s came up to me today asking why Calais looks so empty this week. I told him that we were back under lockdown, so people were staying at home. Then he asked me what that meant for them, the refugees, who are still stuck outside. I didn’t know what to say – how can you ask someone to stay home if they don’t have one?

Later on I met a young man who has only just arrived in the city today and has nowhere to sleep. He had no idea what Calais was like and didn’t know he would be sleeping in the jungle that evening. We tried our best to help but all we could give him today was a blanket and tarpaulin.

It was a difficult distribution overall. More than 200 people showed up unexpectedly, so we didn’t have enough blankets and tarps for everyone and had to say no a few times. We’re used to saying ‘no’ here – no I’m sorry, we don’t have any more tents; no, we can’t help with sleeping bags today. But somehow it’s tougher doing it when the city’s streets are empty, because it’s even clearer that everyone else in Calais has a warm home to go back to but them.

But the moments when you get to say ‘yes’ to someone are wonderful. A man whose tent had been getting drenched in the rain was pleased he would finally be able to cover it up with a tarp. Another showed me a photo of him and his friends sat by the fire sharing blankets we gave out last week. These things are not enough, but they help provide a bit of warmth in difficult times.

For £12 we can buy two sleeping bags or one tent to provide shelter for two people sleeping rough in the rain and cold. To contribute go to care4calais.org/donate