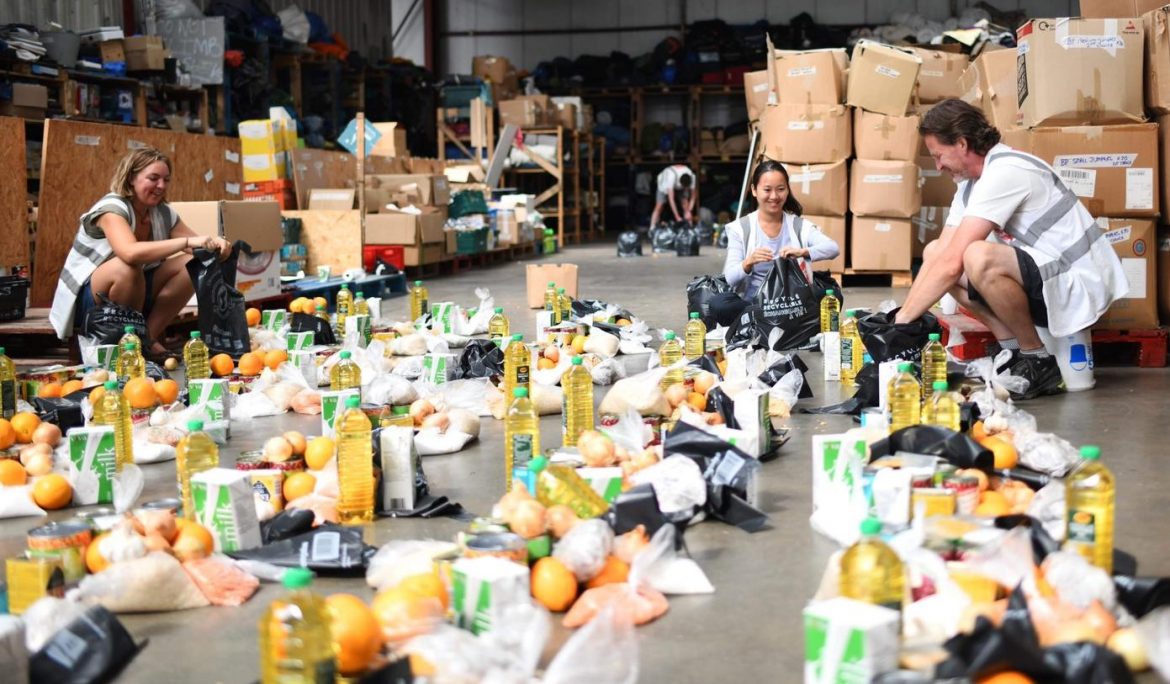 We are so proud of how determined our amazing volunteers have been to make sure hundreds of refugees were fed this week in Calais and Dunkirk. We distributed enough food packs to feed almost 650 people, as well as drove around Calais to hand out 150 individual snack packs to displaced refugees who struggle to access our distributions. Our volunteers have gone above and beyond to help as many people as they possibly could.

Because of continuing police raids and evictions, many people have lost cooking equipment and can’t use our four-person food packs. And because the site where they used to sleep has been almost entirely cleared of trees, refugees have been forced into central Calais, where distributing food is still illegal. It’s a catch-22 situation that feels designed to be as hostile as possible.

Yesterday we took out a large box of cooking equipment like pots and pans to give to those who can still use them. But for those who can’t, we have tried to keep them fed with nutritious items that don’t require cooking.

It feels like everything has become more hostile in Calais lately. Because so many refugees have been forced into the town centre, a few local businessowners have been lashing out about their presence near shops. But they have nowhere else to go.

In Dunkirk more people have been arriving – we’ve seen a lot of new faces this week. With continuing evictions there too, it’s more important than ever to make sure everyone has warm food to eat.

Please help us keep hundreds of refugees fed by contributing at care4calais.org/donate