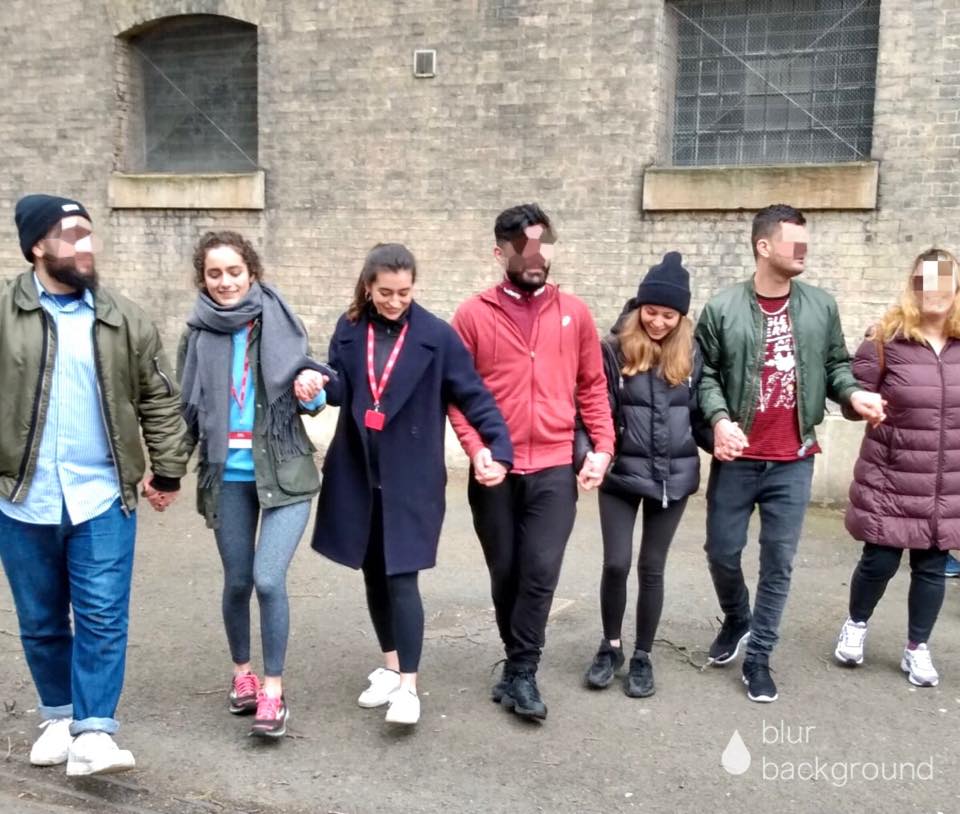 Yesterday was Nowruz – Iranian New Year! Iranians were celebrating the year 1400, the and the Iranian Kurdish celebrated the year 2721. To celebrate, it is tradition to lay out a table like the one in the photo. It’s called ‘haftsin’ and all houses in Iran have it. This name refers to the Persian names beginning with ‘sin’ of all the primary items included – sabzeh, samanu (wheat germ sweet pudding), senied (oleaster), serkeh (vinegar), seeb (apple), seer (garlic) and somaq (sumac). 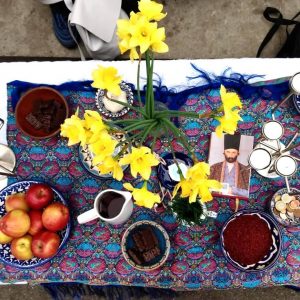 Some of our London teams recreated the Nowruz atmosphere for friends in the area In East London, we couldn’t do it inside, so we set a table up in the grounds of the church where Refugee Community Kitchen serve lunch, and we had our ceremony there.

There was music and dancing, and the volunteers brought various things for the table – we shared baklava, sweets and Iranian shortbread. Our residents were so happy because they didn’t think they would get to celebrate Nowruz this year, so it was really special! It was amazing to see so much joy on the faces of everyone in the group.

To volunteer with us in the U.K., email annie@care4calais.org.