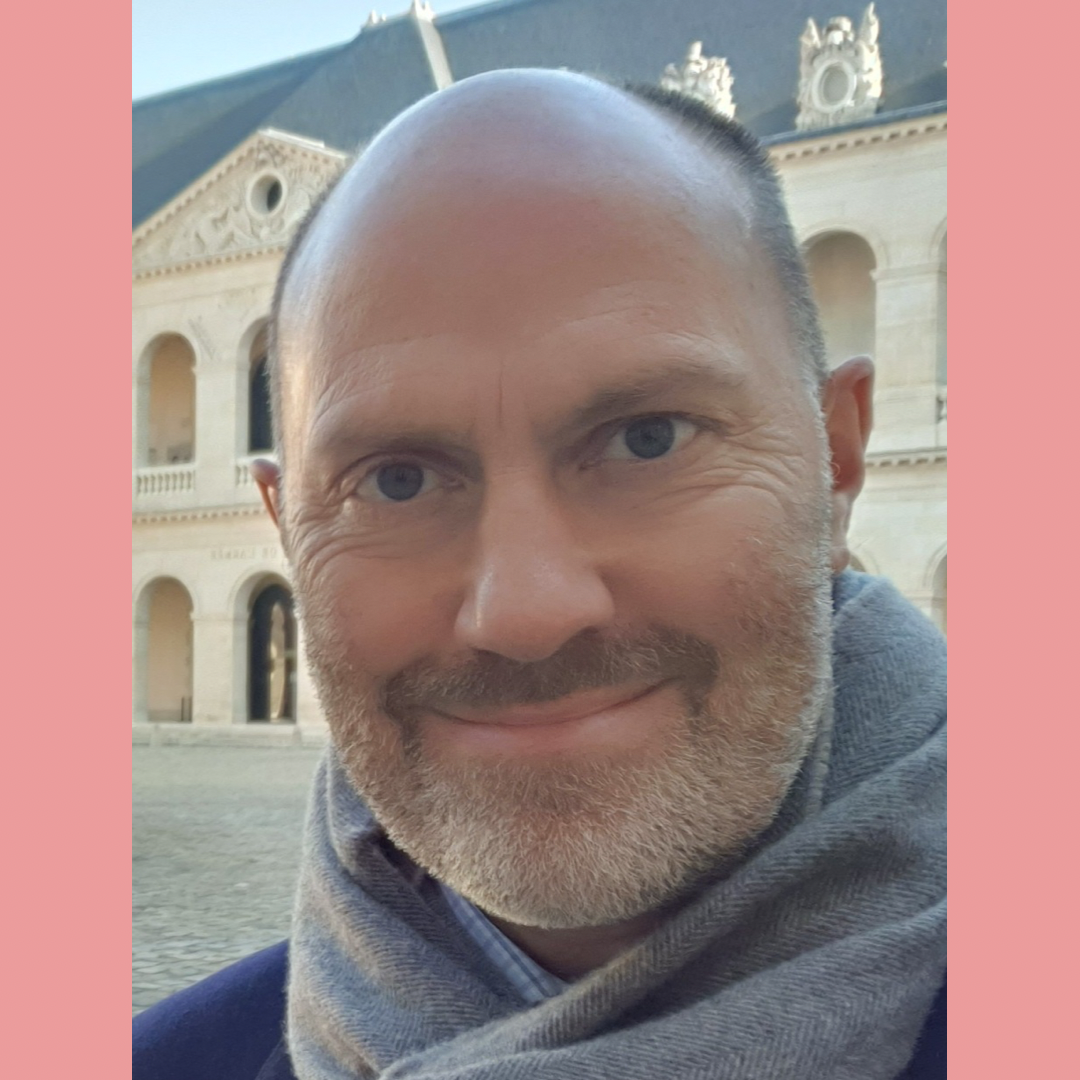 This is Chris. He’s a little different from our usual volunteers. I noticed him one day in Dunkirk, chatting to a guy who was hovering shyly on his own near the games tables. Chris casually began talking to him, and before long the guy was laughing, and then enjoying a game of chess.

I got talking to Chris, and found he used to be a high-ranking officer in the Royal Navy. He’d been sent all over the world to help with political crises, conflicts, natural disasters and humanitarian emergencies, and he’d seen at first hand the suffering refugees fled.

Then in November last year, he heard that 27 refugees had drowned in the Channel in an overloaded dinghy. That was the spark. As an ex-Navy man, whose first duty was to save lives at sea, he found that hard to even think about; three days later he was in the warehouse in Calais, and has been helping on and off ever since.

“I volunteered to help Care4Calais to provide aid to people fleeing from crises, and when you help on the ground, day after day, and build up a knowledge of the desperate stories, their past experiences and their hopes for the future, you can see just how valuable and necessary our work is. It puts the ‘human’ into humanitarian.”

“I have also found all of the tremendous teamwork, leadership, dedication and professionalism that I knew in the Services, amongst the other volunteers: it makes it a very rewarding place to work however challenging the circumstances.”

People sometimes ask Chris whether being an ex-Service person influenced his decision to volunteer with Care4Calais. The answer is yes, he says, but perhaps not in the way that people expect. The drowning last year made him think a lot about the suffering he had seen while in the Navy, and “what drives people to take such risks, and into the callous arms of people smugglers?”

“While I’m working in Calais, I don’t judge anyone’s politics. But it is the UK Government that closed off all safe routes for refugees to apply for asylum in the UK, and so they have created the conditions that people find themselves in here, and that leads to the dangerous, desperate actions that are the only options left to them.”

To find out how you can help visit Care4Calais.org