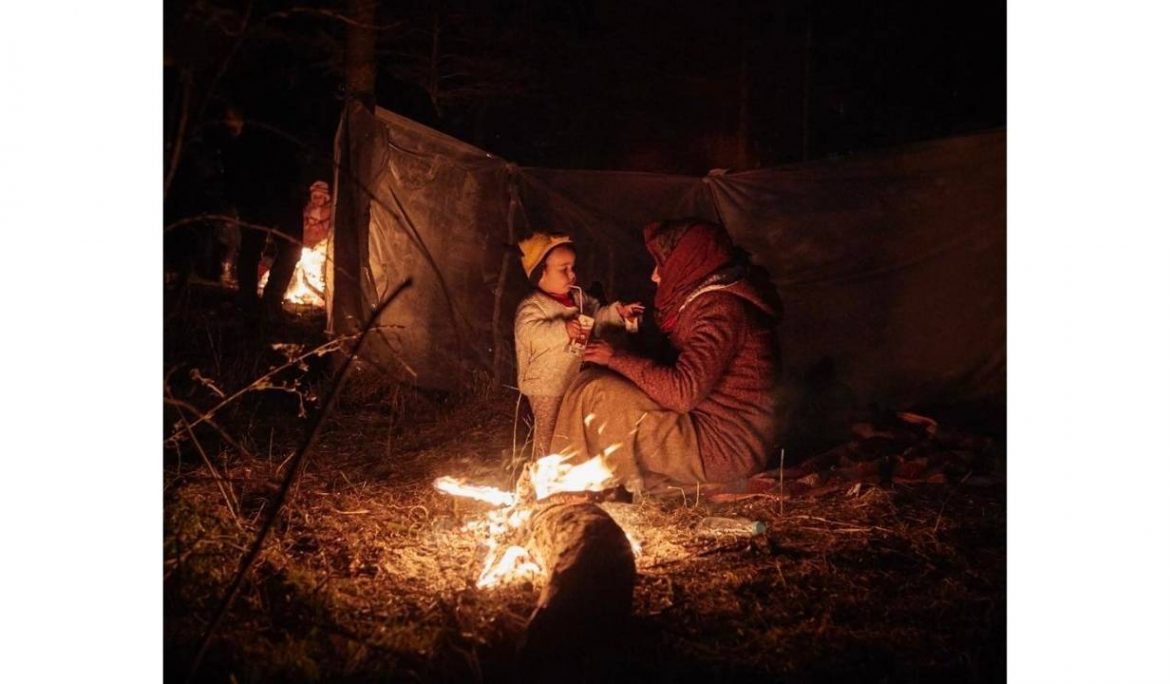 Today we distributed food and clothing in Calais, and it made me think back to a conversation I had with a woman earlier this year, and about what this festive period means.

The woman had come to a food distribution. She told me she was living here in a tent with her husband and two children aged six and eighteen months.

Right now it’s raining a lot in Calais, and below freezing at night, and she was afraid for them all.

“It is hard to be a refugee family, all together, because I’m so afraid for my children all the time,” she told me. “It is cold and wet for us in the tent, but it isn’t safe either. The police can come and take away your things, and then the children are so frightened. And if they get too cold, or they cannot eat, it can be serious.”

I felt such a strong surge of compassion for this woman, and also admiration. I couldn’t imagine coping with what she was going through, and yet although she was tired, she seemed incredibly resilient.

We don’t see many families in Calais – it’s maybe about 10 per cent of refugees here. Most families are in Dunkirk. We always work hard to make sure they have enough food and clothes to keep them warm, dry and free from hunger, and it’s so important right now in the depths of winter.

Talking to the woman made me think about how Christmas is so much a time for being with your family, friends and community. The Christian refugees in particular have told me it’s hard to celebrate when they’re here because the season reminds them of how far away their homes and families are.

I’m not religious myself, but I was brought up as the child of Methodist minister, and the story of the nativity is always in my mind at Christmas. Here in northern France, it seems to have come to life in front of you: Jesus, Mary and Joseph had nowhere to stay, and then they became refugees themselves as Herod tried to kill them.

They were special, but also ordinary humans who suffered through no fault of their own, and that’s the same with the refugees here. They are ordinary people who’ve just had awful misfortune; if anything, their resilience make them special too.

You don’t have to follow any particular religion to understand that.

The family I spoke to will probably be in a cold tent tonight, while the luckier among us enjoy our christmases in comfort. If you’d like to help, consider a donation that will buy them warm, dry clothes.

Happy Christmas to all