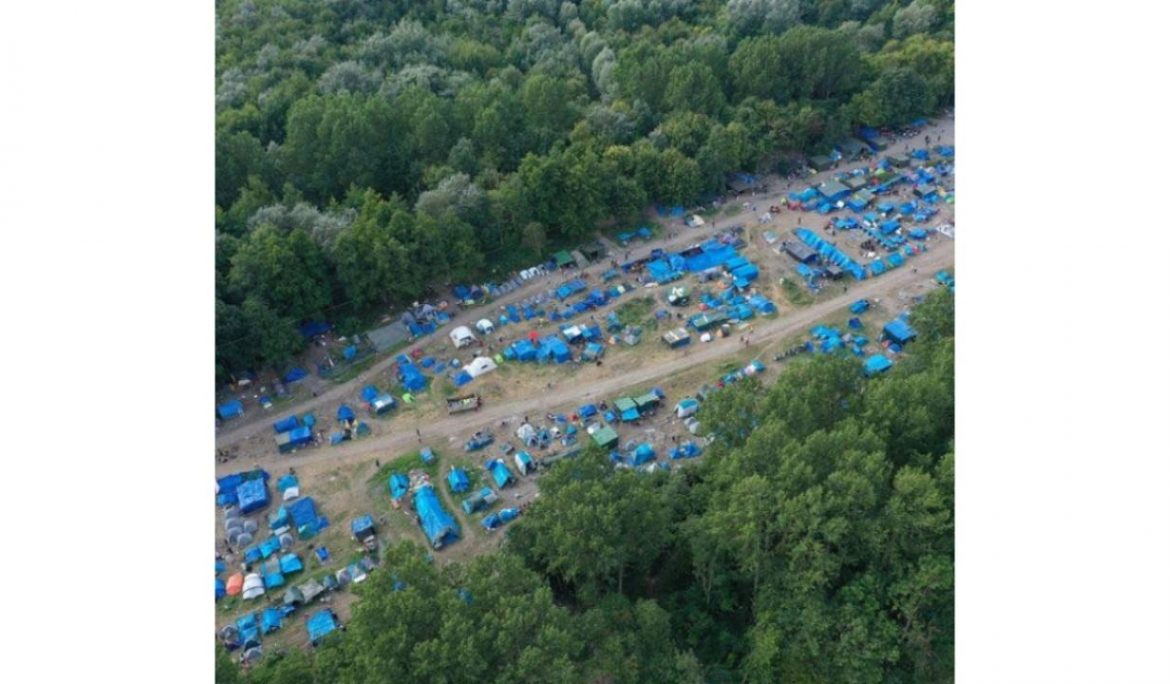 On Thursday evening I got a panicked text from a friend in Dunkirk. Hundreds of riot police were descending on the large camp there, they said, accompanied by dozens of vans filled with CRS police and gendarmerie. Behind them were refuse trucks for the tents and belongings to be thrown in. And behind the trucks were land cleaners and diggers.

This patch of scrub land had been home to a growing number of refugees, mainly from the persecuted Kurdish regions of the Middle East. It was turning into a bustling community, which is the very thing that terrifies the French authorities. So it was only a matter of time before it was cleared.

Such a small, bland word for wrecking someone’s home.

This time the camp was completely, brutally razed to the ground. Every tent, every tarpaulin, every makeshift shelter torn down, every blanket taken. The 800 people who had been living there were all roughly bussed off to either other regions of France, or to another local field well away from the water points. And any food or possession not in someone’s hands was scraped up and chucked into the trucks for landfill.

My friend said the remaining refugees urgently needed help in the form of blankets, sleeping bags, and tents and tarps. We began sorting hundreds of blankets, and the next morning we filled both our vans with them and drove up to Dunkirk.

It was eerily quiet as we arrived. There was no hum of hundreds of voices going about their daily life; no more noise of women cooking; no more excited chatter of children. The sweet smells of woodsmoke and food were gone. All that remained was raw, bare, still fields. Yesterday home to 800 people; today, nothing.

After we parked the vans, though, people began to appear. They had known we would come. People always stay in their area – they either run and hide from the police, or they mildly go with the buses, then return as soon as they can.

In the autumn afternoon sunlight, the dejection on people’s faces was unbearable, as it always is after clearances. People put on a brave front, and their resilience was incredible, but it broke your heart to think what they were going through.

People guilty of nothing but trying to stay alive had had their few possessions broken and stolen. Important papers had been lost. Young parents suddenly had no food or nappies for their babies.

For some people this must been disturbingly similar to experiences that drove them from their homelands int the first place.

Even in these dire circumstances the people waited until we were ready and then stood in line to receive a blanket. And as always we had much needed tea, coffee and a listening ear with us.

In the days since, we and other organisations have been working hard to make sure they’re warm and fed. It’s crucial that we do what we can to help them find food and shelter, because the weather is due to change for the worse; winter is approaching, and everyone knows it.

What do the authorities hope to gain by all this?

They say they need to make make the area tidy, but strangely this fastidiousness doesn’t make them want to provide toilets or rubbish facilities.

Everyone knows the camp will gradually reform, here or elsewhere. There’s no conclusion to it; just an endless cycle of cruelty and spite. The point? There isn’t one.

But the next time someone tells you refugees crossing the Channel should stay in France because it’s a “safe country, show them these pictures.

Because there was nothing “safe” about what just happened in Dunkirk, just a few miles off the British coast.

For now, we have to double down on our preparations for winter. We’re going to need need more tents, blankets and sleeping bags – a lot more. Please donate today so that we can buy them: care4calais.org/donate