Community comes together to help refugees in Ouistreham 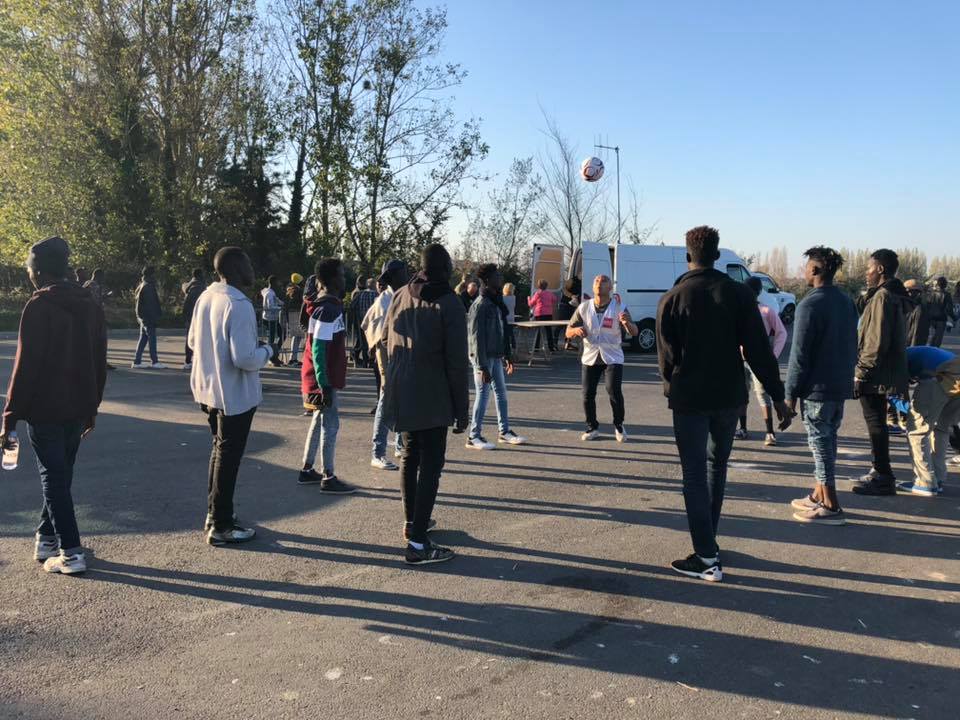 Because in this small town, many in the local community have come together to support approximately 200 young Sudanese refugees who are sleeping rough, and they are doing an admirable job. They told us they now have 300 volunteers who work via a rota to cook each night for the refugees and come down to the port at 6pm to layout the food on tables and talk to them.

There are also locals who sometimes take people into their homes to give them a bed for the night and a chance to shower and wash their clothes.

Just imagine if across Europe other communities could do the same thing – Europe’s refugee ‘crisis’ might not be a crisis after all, and the goodwill and positivity we felt in Ouistreham could touch more lives. Well done to CAMO!

The refugees there are mostly Sudanese, who have fled years of civil war and conflict in the third most dangerous country in the world. Coming from a third world country they have nothing, no money to pay smugglers and heartbreakingly some don’t even have mobile phones, the singe most important possession for a refugee.

And yet they are lovely, as anyone who has worked with refugees will know. Taking care to tidy up after the food, collecting litter and thanking everyone who came to help them. Polite, gracious and gentle. A joy to be with.

We took down 200 of our Packs4Calais. Wonderful gifts from our amazing donors that will be valued by people here who have so little.

We also took a new petrol generator and charging board to leave with the citizens of Ouistreham. On our last visit they had remarked on how we used this to charge mobile phones, so this time we left a new one there that can be used every night. What a great investment! A few hundred pounds to give value and a bit of help every single day.

We will look forward to going back to this place. An inspiring example to the rest of Europe.