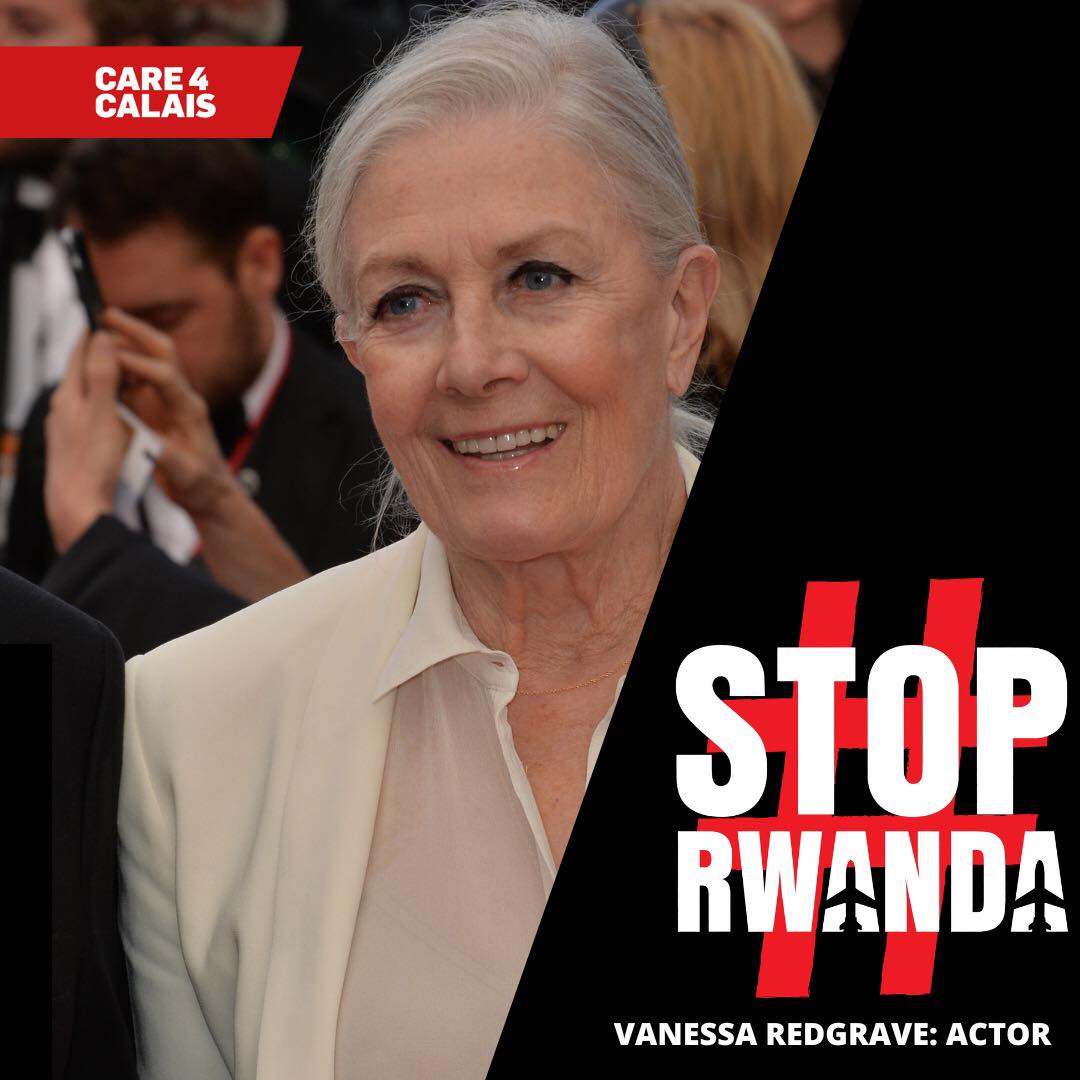 📢ACTUAL LIVING LEGEND ALERT📢 We are hugely proud that actress and activist Vanessa Redgrave is today pledging her support for our #StopRwanda campaign. Vanessa has fearlessly fought for the downtrodden and dispossessed for more than fifty years, using her fame as a superstar-actress to get media attention for their plight. She has been a passionate and active supporter of refugees, and her help now is an amazing boost for both us and those now threatened by the brutal Rwanda Policy.

Winner of an Oscar (for Julia in 1978) and dozens of other awards for her film and television work, Vanessa directed for the first time in 2017 when she made Sea Sorrow, a documentary about refugees in northern France.
Since then she has spoken out against the British government’s attitude towards them, saying “… has violated these principles [of the Declaration of Human Rights], and it continues to do so, which I find deeply shameful.”

The #StopRwanda campaign might be the only chance we have to stop our government further violating international law, and we desperately need you help. Here’s what you can do:

1. Buy a #StopRwanda t shirt, take a photo, post it on socials, wear it out and about, talk about it and tag us @care4calais => https://bit.ly/RWDtee

2. Download or make a #StopRwanda card and take picture of yourself and/or your friends holding it. Post the pic on your social channels and tag us @care4calais => bit.ly/RWDbanner

3. Come to the demo on 5 September in London or meet us at the Notting Hill Carnival to show your support

For more info and details of other actions you can take, go to care4calais.org/stop-rwanda/