Danika’s story: from fleeing Sarajevo to supporting refugees in Paris 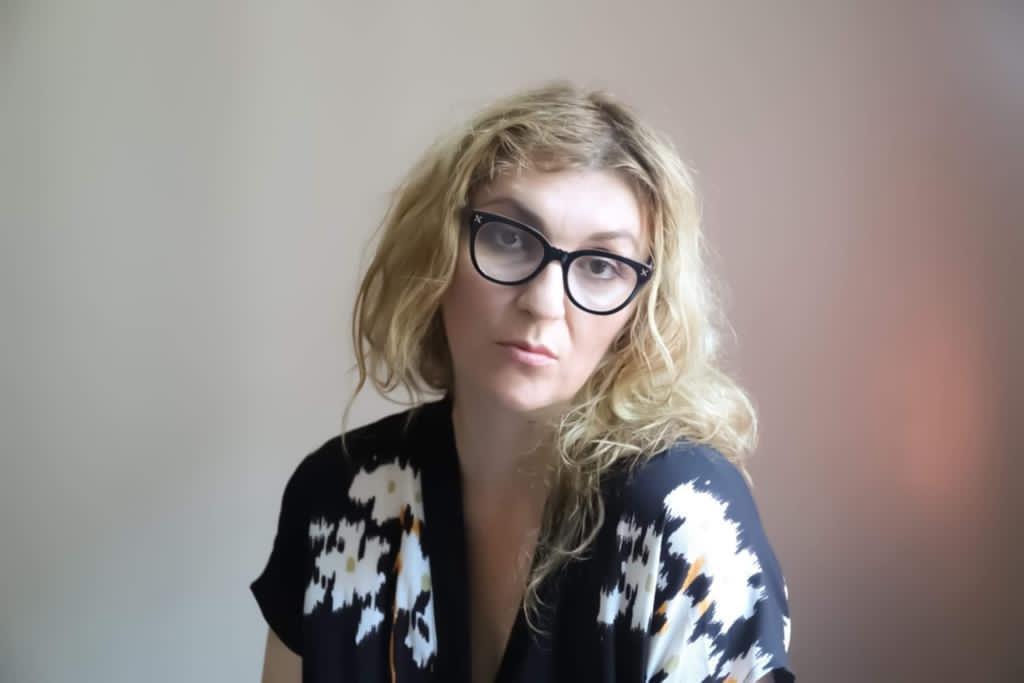 “I am a refugee. That’s still my identity, even 29 years after I left my home. It’s what I know and who I am. I am a fighter and voice for those who have none.”

Meet our friend Danika, warrior for the rights and humanity of the Paris refugees. Care4Calais has supported her for over five years now and she is our main partner in Paris. This is her story:

“The war in the Balkans spun my life around and turned me into a refugee. Not something I ever expected. I’d had a pretty normal childhood until then. We lived in Sarajevo when the war began. It was a hugely confusing time and when the bombing was at its height, my mother put me in a convoy filled with women and children and sent me out of the country as an isolated minor. I was to live with relatives in Croatia. I thought it would be just like home, I couldn’t have been more wrong. In fact, the anniversary of that day was not so long ago, 1 May, 1992. I was 16 years old.

I became a chameleon, I presented myself well, I changed my accent and I even spent two years pretending to be a boy in high school. I got a summer job, I worked hard and I got into university – unheard of for a refugee from Sarajevo! I continued and got my Masters and began working. I was still a refugee. I had no status, no ID and no legal rights in Croatia. All I had was a health card.

I did not matter. No one cared. I existed like this for six years. I could not leave the Balkans. Then I met my husband. He has stood with me through everything. As a Croatian man married to a refugee, it has not been easy for him. He has faced battles and prejudice he would never have faced if he wasn’t with me.

But now I had status and an ID.

When my son was two we were attacked out on the street outside our home and that was the last straw, we had to leave. So in 2008 we left and moved to Paris. I now have legal status in France but I know what it is to be a refugee, to be unwanted, discriminated against and alone, and that will always be part of me.

In 2015, the refugee crisis exploded across Europe. I hadn’t really thought about it affecting Paris until every day I was seeing a lot of tents at the Gard du Nord. I circled the camp, getting closer and closer, becoming more curious, from some volunteers I pieced together what was happening. From that moment I was sucked into the story and have never left.

The volunteers are what have made it easy for me to continue. People like you and especially Clare Moseley and Care4Calais, who have always stood behind me and given me help when I needed it. Volunteers give me a place to connect, to restore my energy and my faith, to make links and to carry on. It’s not been easy these last five years, and I have witnessed some horrific things, but I wouldn’t change my path for anything. If I had been alone, I may not have survived.

What keeps me going? I don’t really know but once you start you cannot escape. It becomes part of you. But there are moments when you make a connection with someone, nothing exciting, in fact it can be quite mundane, but you know you have helped and that’s a good thing. That keeps me going.

I remember one of the huge evictions of Stalingrad, I couldn’t take in what was happening, how people could do this to people who had nothing, I was holding a blanket, some scrap of someone’s home. I was staring, sightless at the bulldozers emptying the tents into the huge skips. I just stood for 20 minutes, just holding this blanket. I should have been trying to save tents and duvets so we could use them again, but I was frozen to the spot.

Covid has made it worse, the news has always been Covid and so the refugees have disappeared from the media, they have been ignored and forgotten. They do not matter. The pandemic has shown how little refugees lives mean in the scheme of things. In a time of crisis we left our most vulnerable to rot in the streets.

This is the challenge, the system, It is very frustrating not being able to help someone who clearly fits every details of a refugee. There are still volunteers but not so many now, the work has become harder, but still we must continue.

Can I tell you about H?

I can’t really put into words the failure of the system over this young man. How heartless the state is and how little life matters if you are a refugee.

He was 19 when he came to Paris from Belgium. He had been living as an isolated minor there, but once 18 he was threatened with deportation. He was a bright and friendly young man, living in one of the camps. He spoke French very well so he started helping the guards at the asylum centre, interpreting for them and also helping the refugees find what they needed.

One night the guards invited him over to give him something, He jumped over the fence but fell badly and broke his neck. He spent 8 months in hospital but was then discharged to the streets. He couldn’t walk, he didn’t have a wheel chair, he had a catheter attached to him. He was left to crawl in the filth of the streets. It was impossible for him to keep himself clean and he had infection after infection. He fell through every crack going. It was horrific. It took two long years for him to be housed and be granted asylum.

Once again my volunteer connections helped me to help him and now he is safe, he has social security and somewhere to live. He is learning to walk again and has a fragile life. He is going to be okay, but will always be disabled.

This is why we cannot give up what we do, because there is always another H out there who will need our help.