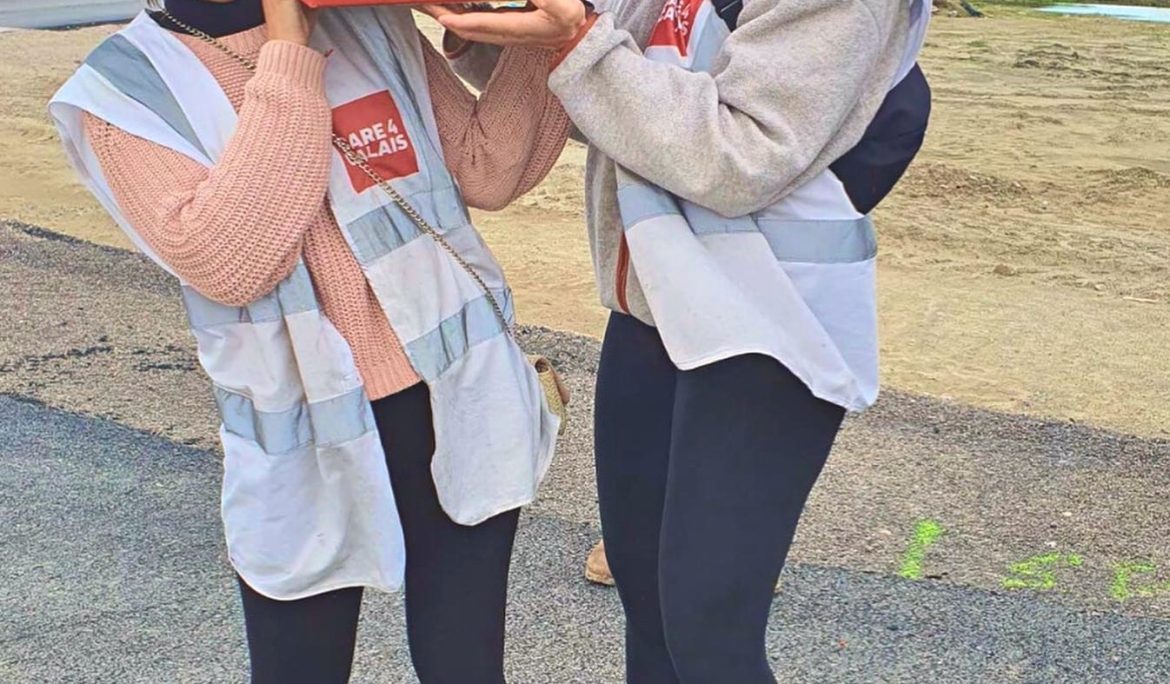 I’m a new volunteer, just arrived in Calais, and today on my first day out I went into some scrubland where refugees had pitched their tents and tarps. We had some good news – a British company had donated loads of dates, and brought them over to France  – and we wanted to let people know we’d be giving them out at our distribution later.

I admit that as I arrived among the tents with my group, I felt waves of shock and disbelief. It wasn’t just the ragged tents and tattered shelters, it was the mud, the huge puddles and the ditches now full of freezing, dirty water. You can’t be here and not ask why the hell people have to live like this, and in a way it all made me a bit apprehensive. You just don’t know what you’re going to find.

And yet what did I find?

Conversations sparked up with volunteers as if they were old friends.

One guy, an older man called Ahmed from Sudan, asked me to explain about the dates, and began to thank me! I tried to explain I hadn’t personally brought a truckload of dates with me and it was people from the UK who had sent them! Anyway, he then melted my heart by pulling up an old broken chair for me, and inviting me and another volunteer to sit down in his shelter to drink hot, sweet coffee with him.

Soon we were chatting away, and I had never known hospitality and generosity like that. It was like being somewhere icy and cold and suddenly finding something magical that warms you inside and out. I’ll never forget that moment of kindness and connection over coffee in a battered old plastic cup.

Later, we distributed the dates with people from SKT Welfare, the amazing charity that donated them. SKT sell dates in these lovely tins in the UK, and use 100 per cent of the profits to support other charities working in places such as Jordan and Palestine. They also hire refugees to pick the dates in Jordan.

SKT found they had some excess stock, so they decided to come out to Calais and bring that stock with them. They went out on distributions with us and gave the dates out to the refugees, who really appreciated them. As well being delicious, dates are such a good source of calories and sustenance.

We’ve already begun to see the beautiful tins being used for other things around the sites too. Nothing goes to waste here; and little things mean a lot.