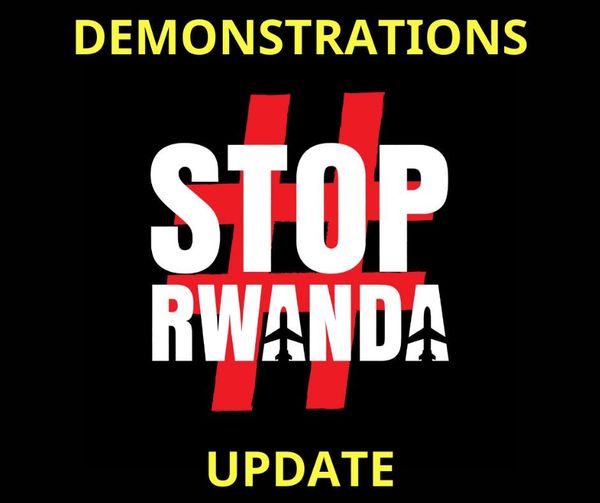 This weekend there will be demonstrations across the country against the Government’s plan to forcibly deport refugees to Rwanda.

It’s vital that as many of us as possible demonstrate to show the scale of public opposition to this brutal and barbaric scheme. The phenomenal response to our #StopRwanda campaign has shown that people do not want this horrific action carried out in their name. Now we need to build on the momentum and make as much noise as possible to make the Government aware of public opinion.

The demonstrations over the weekend will be followed by a demonstration outside the Royal Courts of Justice on July 19, when our legal challenge against the lawfulness of the plan is heard.

These are the details of demos announced so far. There more details about individual events at https://care4calais.org/stop-rwanda/

Where: Outside the Royal Courts of Justice, Strand, London WC2A 2LL

As well as demonstrating, There are other things you can do to support us in the run-up to July 19:

For more details go to care4calais.org/stop-rwanda/