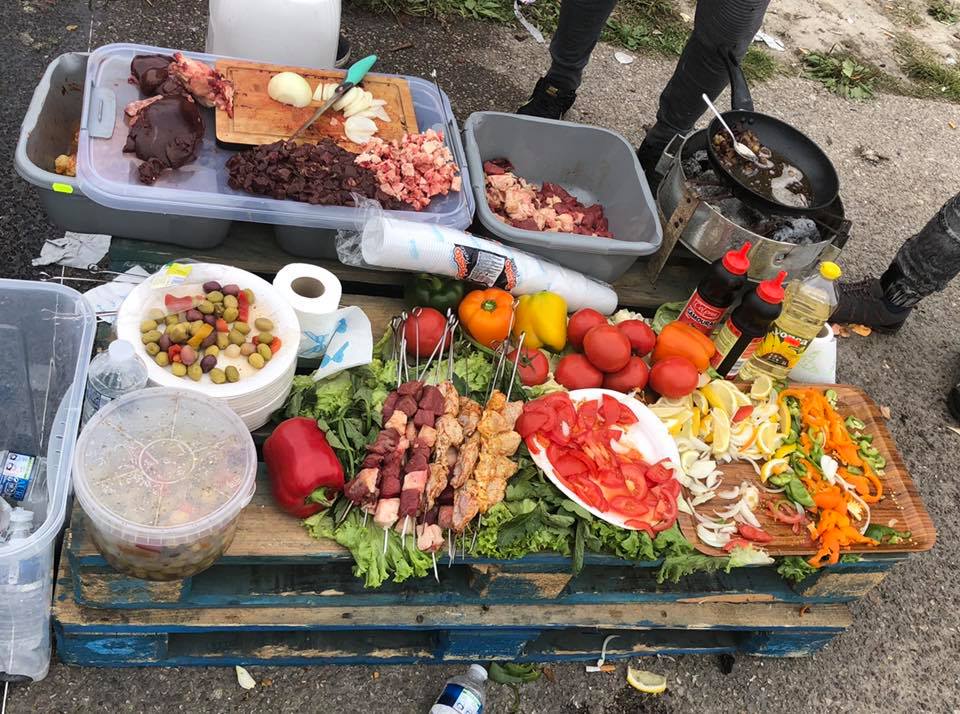 Dunkirk is always an emotional roller coaster and this time was no different.

When we arrived I met two families. They had just made it back from where the eviction coaches dropped them. One couple had two boys aged four and the five. The other included a woman over eight months pregnant. This group told me they walked for two hours in the middle of the night to get to a rural train station. They slept on the floor there until it opened the next day. I did not know what to say to them.

I then got some great news. A family I have grown to care about, with two lovely young boys, had made it to the UK. Their younger son, just four years old, is autistic and requires full time care and attention. They had been terrified of how he would cope if they were evicted from the gym and had to live in the forest. Getting to the UK was a big relief.

The parents don’t speak English so I found a translator to call them. It was a happy phone call and I promised to visit when I get back to the UK. But then they told me about crossing the Channel in a small dingy. My blood ran cold. Of course we are used to hearing this; but the thought of that uncontrollable four year old boy, who can’t sit still and is so scared of the world, in a tiny rubber boat negotiating massive waves…. it’s horrific. 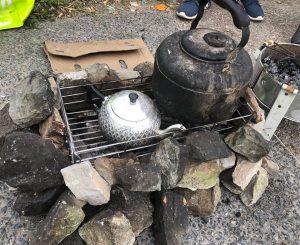 As I headed back to our distribution I saw a welcome sight. The people who used to run the Kurdish food stall at the gym have set up again by the lake. They have made barbecues on the floor out of stones and are serving food and tea. Their indomitable spirit was truly inspiring.

We packed up to go but as the van pulled out it began to pour. Heavy rain that bounces off the floor. As we drove away we saw refugees standing under trees and felt their hopelessness. Some have tents for the night and some don’t. Leaving them there in the rain felt cruel. 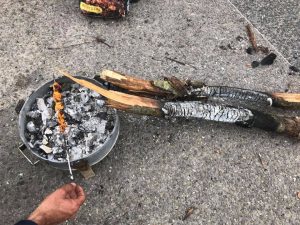