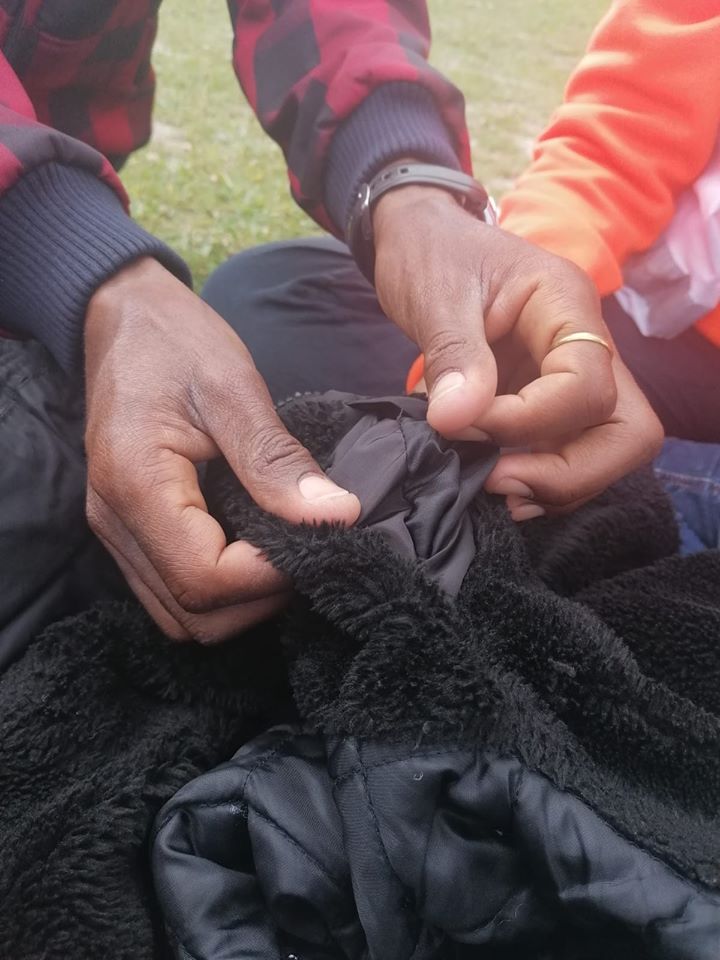 Our volunteers are usually the ones who offer to mend people’s clothes during distribution, but yesterday, it was the other way around. Salomon, a refugee from Eritrea, had such impressive skills that by the end of the afternoon, several of us were huddled around him while he taught us a few tips and tricks!

Back in Eritrea, he was a professional tailor who used to make Habesha dresses and Ethiopian dashikis, which are traditional outfits worn to church on special occasions and weddings. They are made of delicate fabrics such as chiffon and netela, and usually come in beautifully clean whites and off-whites.

Suffice to say, with his sewing talent, helping us fix other people’s clothes was a breeze for Salomon. He spent more than half an hour carefully mending one of his friend’s ripped-up jacket pockets, all while showing us what he was doing so that we could learn some of his skills. Even one of our volunteers who fixes up costumes for sets was learning so much from him.

Salomon finds sewing really relaxing, so it’s so rewarding to be able to provide him with that experience again – as well as being a respite from the hardships of daily life, it really reminds him of home.

One of the most striking things about our sewing station is just how popular it is. At a time when so much of the world’s culture seems to be throwaway and consumerist, it’s refreshing to see people spending hours fixing up torn clothing rather than just replacing it. It’s a personal activity that brings out the best in everyone: there’s a real spirit of camaraderie as we all sit together, drinking tea and mending broken things, making them new again.