Refugees forced to walk for hours just for water 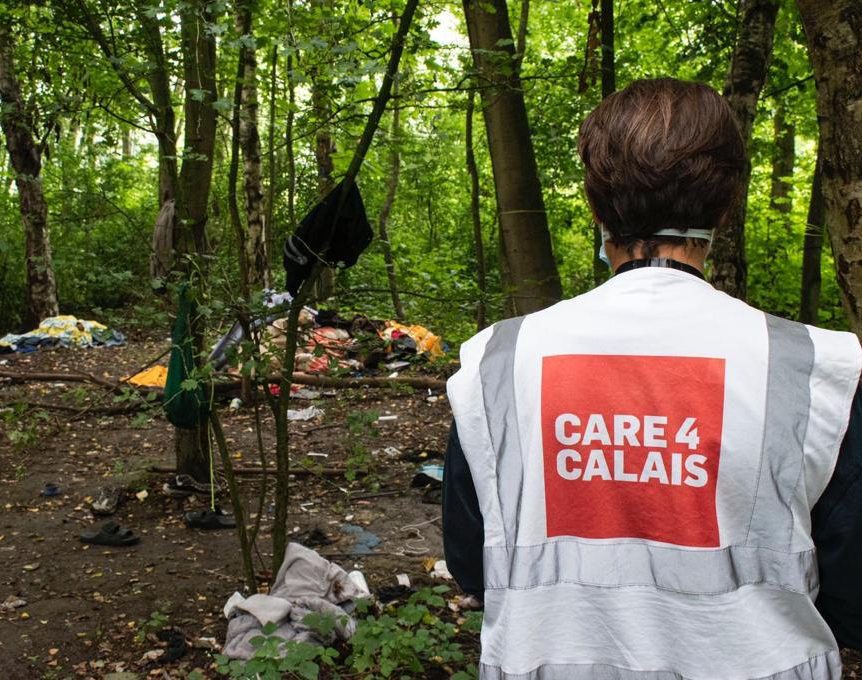 “They came into our camp early in the morning without warning,” he told me. “They said we could not stay.”

This morning, as we distributed fruit and coffee, I spoke to an Iranian-Kurdish refugee. He told me that during the evictions last weekend they were forced to abandon the few items they owned then tents, sleeping bags and cooking equipment were all destroyed by the police.

They had nowhere to go and the police kept moving them on from parks and other areas as they tried to resettle around Calais. He spoke of intimidation tactics and helicopters flying over the area, seeking out those who have fled. He told me that they eventually found somewhere to bed down on the outskirts of Calais, but they were sleeping under trees and bushes without sleeping bags, tents or tarps.

Then, on Sunday, it rained. With nowhere to dry wet clothes, several of them became ill and one developed foot rot. They are walking seven kilometres every day to access Care4Calais’ services, in desperate need of water and food.

Heartbreakingly, they were confused as to why they were being evicted as he didn’t think they were doing anything wrong. He told me they just wanted to be treated with dignity and like humans; I had no answer – what could be more fair?

In the last week we have seen the most brutal evictions in Calais since the demolition of the Jungle in 2016. Police have taken everything from the refugees – tents, sleeping bags, clothes and food. Please help us to keep them warm, fed and dry at this traumatic time.

Please consider donating via our appeal page by clicking here. Thank you so much.