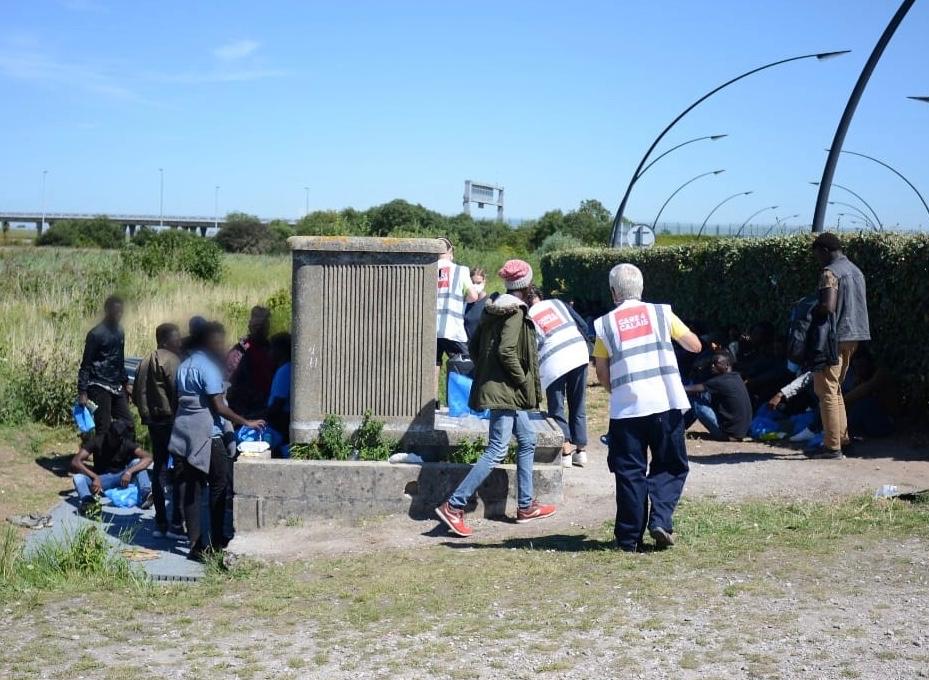 Today a friend of mine took me to a special place in Calais. It’s nothing much – just a hedge behind a row of shops. But if you look behind it, there is a group of around 20 Sudanese men living there. They have no tents, no sleeping bags: they share a few blankets and a couple of tarpaulins amongst themselves. They have built a community out of nothing.

Even though the hedge is so tucked away, the French police found them and stop by almost daily to move them on. They were tipped off by locals who spotted the refugees there and complained to the authorities. More shockingly, some French people have thrown litter around the area and blamed it on the refugees.

Near the hedge is a ditch with dirty water. One day, the French police came and threw the refugees’ clothes in it. Everything they owned was soiled and wet. We can only imagine this was to make them feel unwelcome; to make their lives even more difficult than it already is.

But they didn’t let that stop them. One of the more enterprising amongst them dug a hole in the ground and covered it with a piece of plastic. They have been using that as a ‘bowl’ to wash their clothes. It makes me smile watching them do this – they are so innovative and resilient.

It takes a lot of strength and willpower to stay dignified in Calais. There has been so much police action that people have nowhere left to go. There’s no point in us bringing them food to cook, because they have nothing left to cook with anymore. Instead they walk miles each day to the nearest food distribution, surviving on very little.

And yet these 20 men were all so welcoming and lovely to us. When we asked them if they needed anything they said no, not really. They have so little, but they still don’t ask for much.

It costs £6 to buy a sleeping bag to keep someone warm through the night. To help these gentle men donate at care4calais.org/emergency-appeal

560 coats distributed this month in Calais and Dunkirk

Haircuts and helping hands for friends in Calais

Asylum seekers share hopes for the future in English classes