FC United for the win! 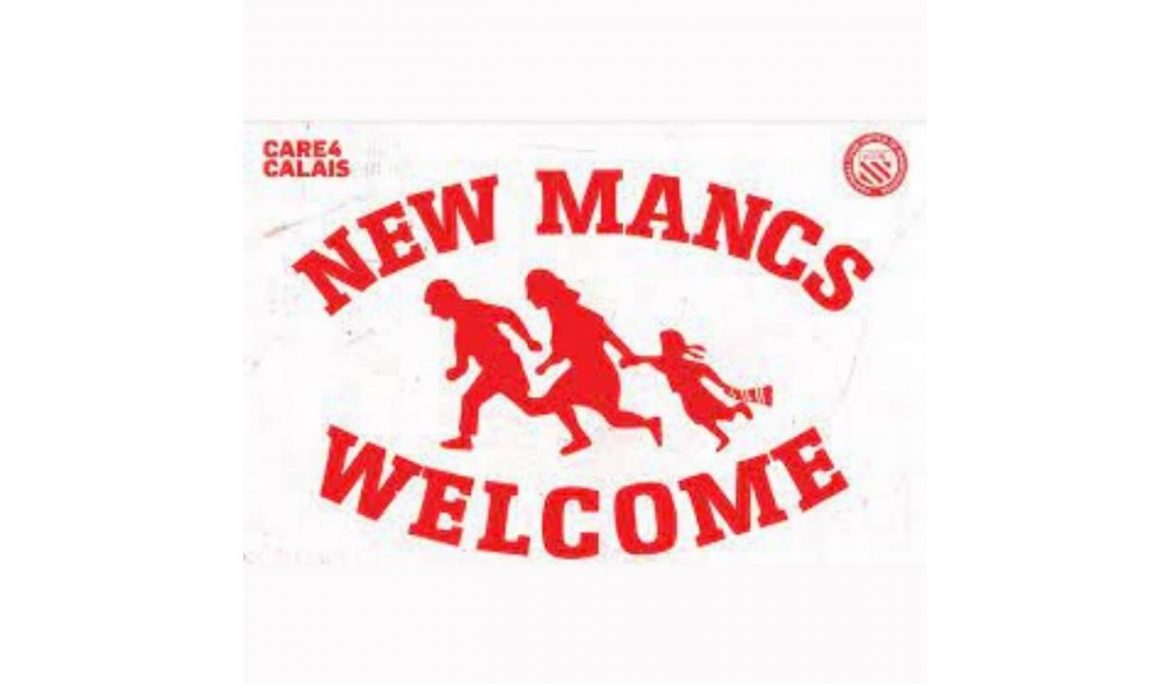 We’re incredibly honoured that this Saturday, Care4Calais, and some of the refugees we help, will be guests at a truly remarkable football club.

FC United of Manchester first got in touch with us weeks ago, offering to be a one of our collection point for public donations.

We were so grateful for that, but they went further. Before we knew it, they had organised a collection to take place before their home game against Grantham Town on Saturday, and invited me, as a regional lead for Care4Calais to talk to the crowd about our work.

The way they’re supporting us is really moving. I should explain that FC United is a fan-owned, and volunteer-run club, formed in 2005 by Manchester United supporters who were disillusioned by Man U’s wealthy American owners. They’ve had great success in English non-league football, and from the outset have been serious about their role in the community.

And they’re making sure their community welcomes people. To show that they welcome refugees, supporters have created a banner and logo declaring “New Mancs Welcome”. They’ve also made free tickets available free to refugees for Saturday’s match.

Just imagine what that means to people who are newly arrived in this country.

The club has also gone out of it way to urge supporters to empathise with refugees and asylum seekers. The website tactfully reminds them of how they felt their old club had been taken away from them, and how FC United had to find a home, and then suggests they “imagine all of those feelings, but related to life and not just the luxury of being able to care about football.”

As the fans organising the collection – known as “The Committee” – told us, “FC United fans have always been an inclusive bunch and believe football should be accessible to everyone. We’re proud to support Care4Calais and the work they do to help those who have had to flee their homes.”

It’s going to be quite an emotional day for me personally when I go on Saturday. My dad started taking me to FC United matches back in 2005, when I was a girl, and I’ve been going ever since, so of course I was excited when the club first got in touch.

I feel really proud of FC United, and of the community that owns and supports them, for welcoming people who have come here to ask for help and safety.

It’s what a club and community should really be. FC United for the win!

The collection points will be clearly signposted from 12pm to 3pm. Please bring:

Nappies and other baby equipment (no car seats thank you)