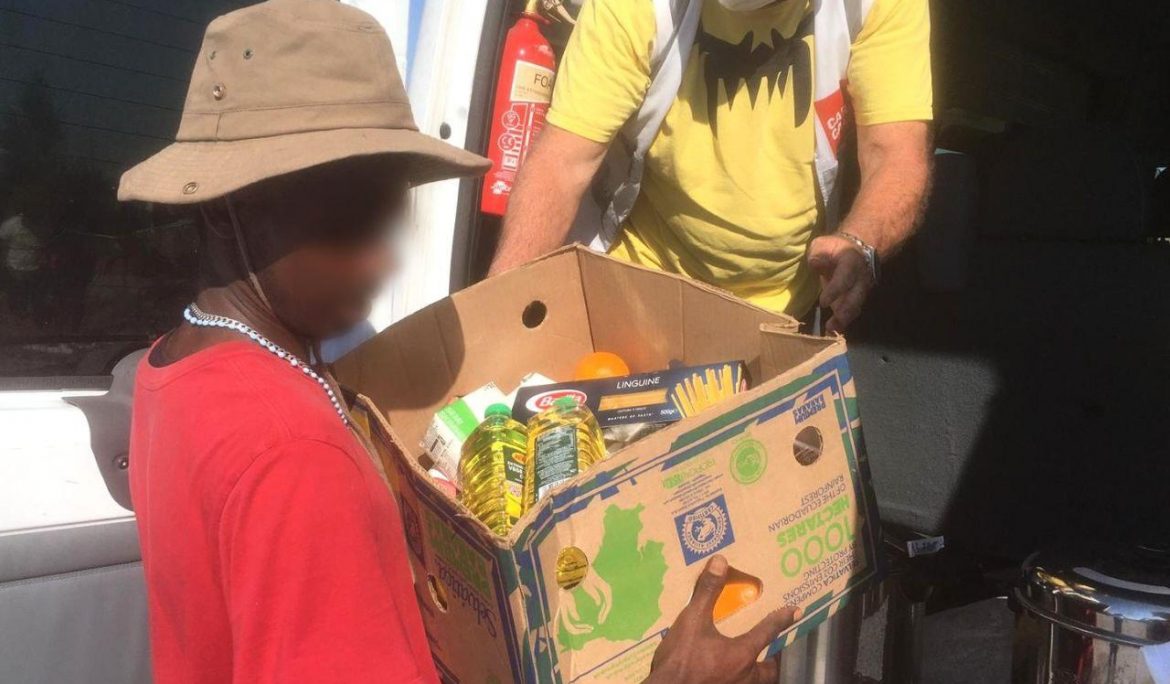 Today we gave out six large food boxes at a site with more than 100 Eritrean men and women who all absolutely loved them. They freely shared the items amongst themselves, making sure that everybody got something or was invited to a group meal later in the day.

Last week France decided to make Calais the only town in the whole country where it is illegal to distribute food and drink in the city centre. This was a clear act of aggression against hundreds of vulnerable people who rely on much more than the State’s support to survive. The food the government gives out is never enough to feed everyone there – we see that time and again.

So we decided to carry on. And I’m so glad we did. People at the site we visited today have been through enough already. Just recently they suffered an eviction and many of them were bussed to Paris, only to make their way back to Calais on foot. The general mood there is low. Most people have been sleeping on wasteland and tarmac with not much more than tarpaulins and blankets to share.

The last thing they need right now is to be deprived of food – especially of the ability to cook for themselves. When everything else is taken away from you, retaining some sense of agency and independence over your life becomes more important than ever.

We have been distributing more and more food packs recently to cope with growing demand. There are new people arriving in Calais every day. If you can help, please visit care4calais.org/donate

We need your donations!

Raheem’s story: from Sudan to Calais