Largest eviction of Calais refugees since 2016 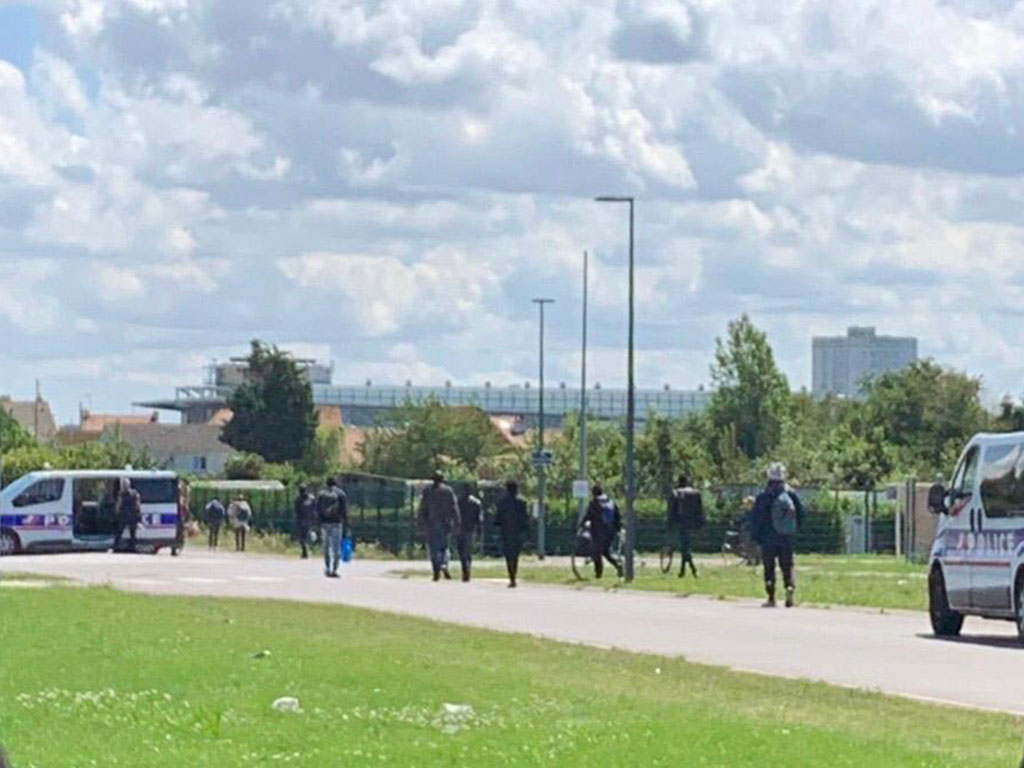 The local press are reporting this may be the biggest eviction since the Calais jungle was closed in October 2016. Over 500 people have been taken on 16 buses to accommodation centres around the Pas de Calais and other regions.

This morning, once again, the French authorities (with the full backing of the British) performed a major forced eviction in the Calais migrant camp.

The area was surrounded by police at 5am while people slept, all roads and ways out were closed and then 16 bus loads full of people were forced to leave. All tents, sleeping bags and other possessions left in the area where removed and destroyed. This follows a similar, slighter smaller scale, action with four loads of people buses taken from Dunkirk yesterday.

These continual evictions increase health risks – destroying possessions removes people’s ability to keep warm and dry, sleep properly or cook for themselves. The effect on their mental health is equally stark, causing depression, self harm and suicide.

Evictions are pointless and simply don’t work. This approach has been followed for ten years with no perceivable impact. It was claimed that the demolition of the large Calais jungle in October 2016 would stop people coming to Calais to cross the Channel, but it did not.

These evictions are purely political and appear to be a direct response to Priti Patel’s calls for action following recent attempted Channel crossings.

However, the only effect of evictions is to increase the desperation of people living in the camps to escape France and cross the Channel. This is simply feeding the surge in numbers of crossings we are currently seeing.

We can’t go on like this. The only real solution would be a safe and legal way for people to claim their legal right to asylum without having to risk their lives crossing the channel, and continuing to live in squalor in Calais in a situation which shames both France and the UK.

The immediate impact of today’s action is an even more desperate need for tents. In previous years we have received thousands of tents from summer festival salvage, but this year no festivals will take place. We have an emergency appeal to buy tents for just £12 to get people through the coming winter in Calais and Dunkirk. You can help by donating here: care4calais.org/donate/