‘The new friendships I’ve made have taught me so much’ 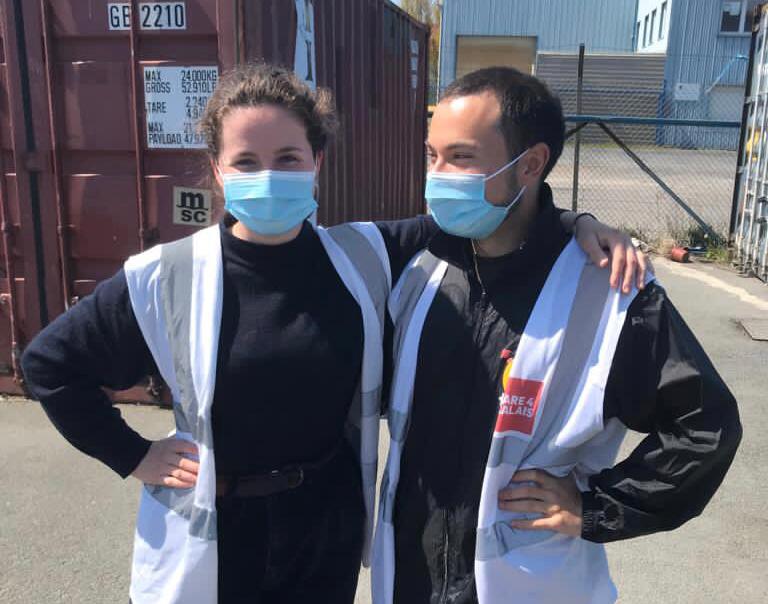 I have been volunteering for one month at Care4Calais and I don’t want to leave. For the first time, I have found joy and meaning in what I am doing each day. To say the least, this experience has changed my life.

There is such a close bond between all the volunteers and refugees here. On the Care4Calais website, they talk about ‘making friends for life’. I don’t want to spoil anything, but it’s true. The new friendships I’ve made have taught me so much about myself and the lives of refugees.

Every day, I meet refugees and learn what we have in common. I realise what could have been. I think to myself, this guy could be my father, this one my little brother, or even a best friend. It has helped me anchor this in my mind: There is no difference between me and them, except for our birthplace.

One refugee I met was Walid*, a 17-year old from Syria. I was in charge of games during that distribution. He and his friends came to play Jenga with me. He was so cheeky trying to get my attention – he kept calling me a ‘problem’ and said I was ‘no good’! In broken English, he told me that both his parents died in Syria. He and his friends could no longer go to school because it was destroyed by a bombing. I then understood his jokes. It seemed like he wasn’t taking things seriously anymore. At the end of the day, he just wanted to be loved. I pictured everything he went through. Just before we said goodbye, he gave me a note to say sorry. It said ‘I love Anaëlle’! It seemed like I wasn’t a problem anymore.

Sometimes, it can be hard to communicate because we do not speak the same language. But playing games together means we can express ourselves, without even having to speak. Sitting on the game station, it would often turn into Arabic, French or English classes. I feel inspired to learn more Arabic since coming to Care4Calais. I finally have a reason to learn! I want to be able to communicate with the refugees here and share something with them. I really just want to show them that I truly care.

I write down all the names of the guys I meet. They might be spelt wrong and I might not remember all the faces, but I will think and pray for them as much as I possibly can. I’m extremely grateful for this experience. In just one month at Care4Calais, I have learned as much as my 19 years of existence. It will help me spread awareness about the situation for refugees in Northern France. I want to tell the world and want everyone to know.

PS. I’ve also found my dream job by coming here. I wanted to be a teacher for a very long time, but now, I am considering teaching in refugee camps.