Giving a new life to an old coat 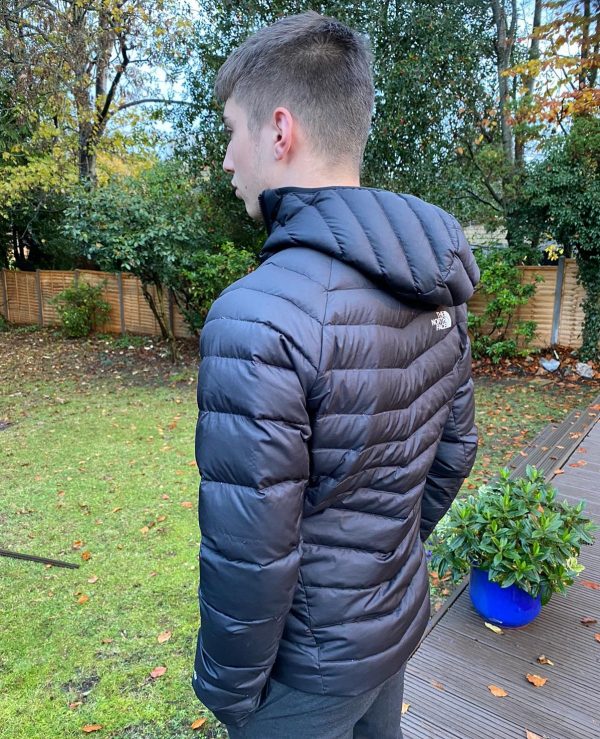 Seeing where your donation ends up is such a rewarding part of being a volunteer. I learned that this week when my 15-year-old son (in this photo) decided he finally outgrew his favourite coat and needed a new one. I asked him to donate it to a refugee, which he was happy to do as long as I promised that his beloved coat was going to be appreciated. I took it with me to our distribution at a London hotel but held onto it while I waited for that special someone to come along.

That afternoon, we noticed three or four new faces talking amongst a group of regular friends at the hotel. They had just arrived in the UK and were still wearing flip flops and t-shirts in the freezing cold.

They were a bit late to our distribution so there were no longer enough coats to suit most of their sizes. Except for one of them: a Sudanese man who looked much younger than the others and was a bit slimmer – the perfect frame for my son’s beloved coat. I asked him if he wanted to try it on and it fit him perfectly! We were both so happy.

We started chatting and he told me he was feeling anxious because he recently arrived from Calais and had nothing, so he was relieved that he’d at least found some warm clothing. I told him my teenage son would be happy to know his coat went to someone who loved it and needed it. Then he revealed that he was also only 16 – just a boy.

I must confess my heart broke a little bit. I thought of his mother. I wished she knew that someone had given her son a jacket. That someone out there cared. He should be at home with his mum, just like my son is in his home, having a normal teenage life. Instead, he is alone in a foreign country. I wonder if his mother knows he is safe. My heart goes out to her and all mothers whose children are in this situation.

That night I told my son about his coat’s new owner. It was incredibly sobering for him. He was both glad and sad for our new Sudanese friend, and we spent all of dinner talking about how grateful we should be for what we have. Not just for material things, but for each other too.

Donate a coat to keep a refugee warm this winter or help us buy one for just £20 at care4calais.org/coats4calais