Fun in the Sun at Napier 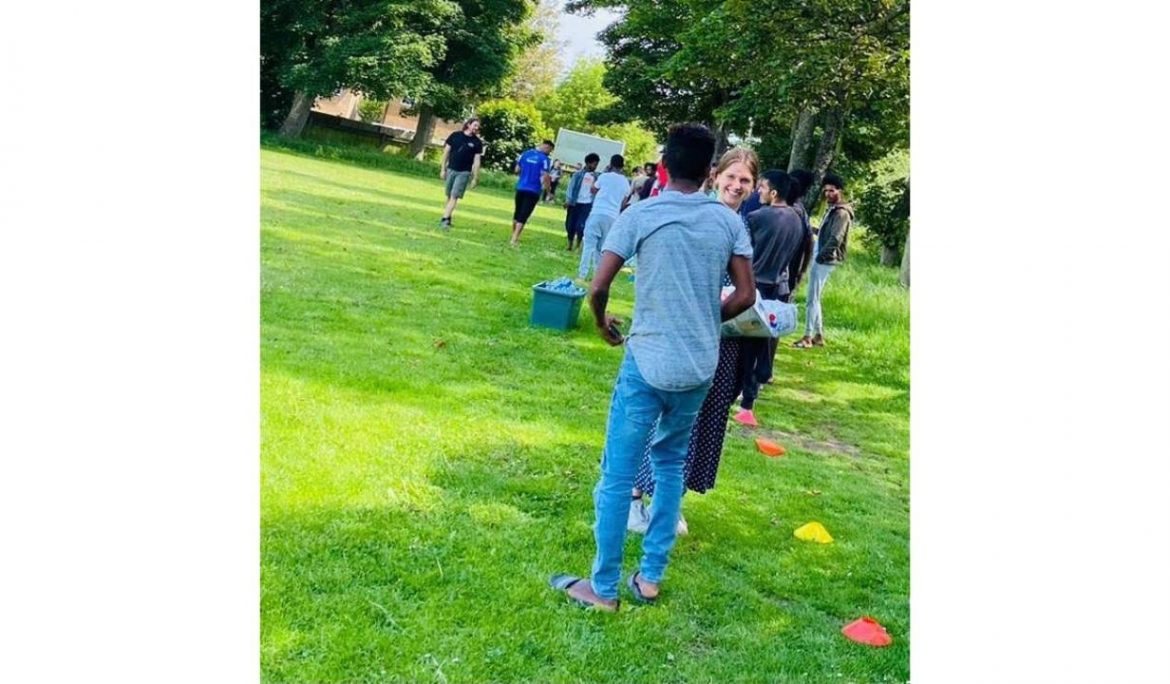 Our big distribution for the men at Napier Barracks last Sunday was utterly uplifting, fun and joyous. For a few bright, sunny hours at least, troubles were swept away by friendship, chatter and laughter – it felt like everything that makes Care4Calais what it is.

After the guys had chosen clothes, we set up food stalls, games, hairdressing, football and cricket in the park in Folkestone. It was so brilliant to see the guys playing together and hanging out with us after being cooped up in the miserable, ramshackle barracks for so long.

We had planned it as a special day for them, with us organising things and handing out food and drink, but it turned out differently. Loads of the men insisted on helping. At one point I set out with a tray of tasty snacks, only to have it whisked from my hands by a lad grinning from ear to ear  – “No, let me do it! Time for you to rest now!” he said, setting off to offer the food to people laying out on the freshly-mown grass.

There were about 200 men there, together with dozens of volunteers who had driven from all over the country to be there on this special afternoon. The happiness and energy seemed to radiate – passers-by joined in, and we even recruited a couple of new local volunteers!

As the long, hot afternoon drew to a close, I felt filled with affection and pride – both for the men of Napier who have endured so much, and for my fellow volunteers in Care4Calais. People sacrifice a lot working for our organisation, but when you feel the love and mutual respect between everyone on an afternoon like this you know, without a flicker of doubt, that it’s worth every second.