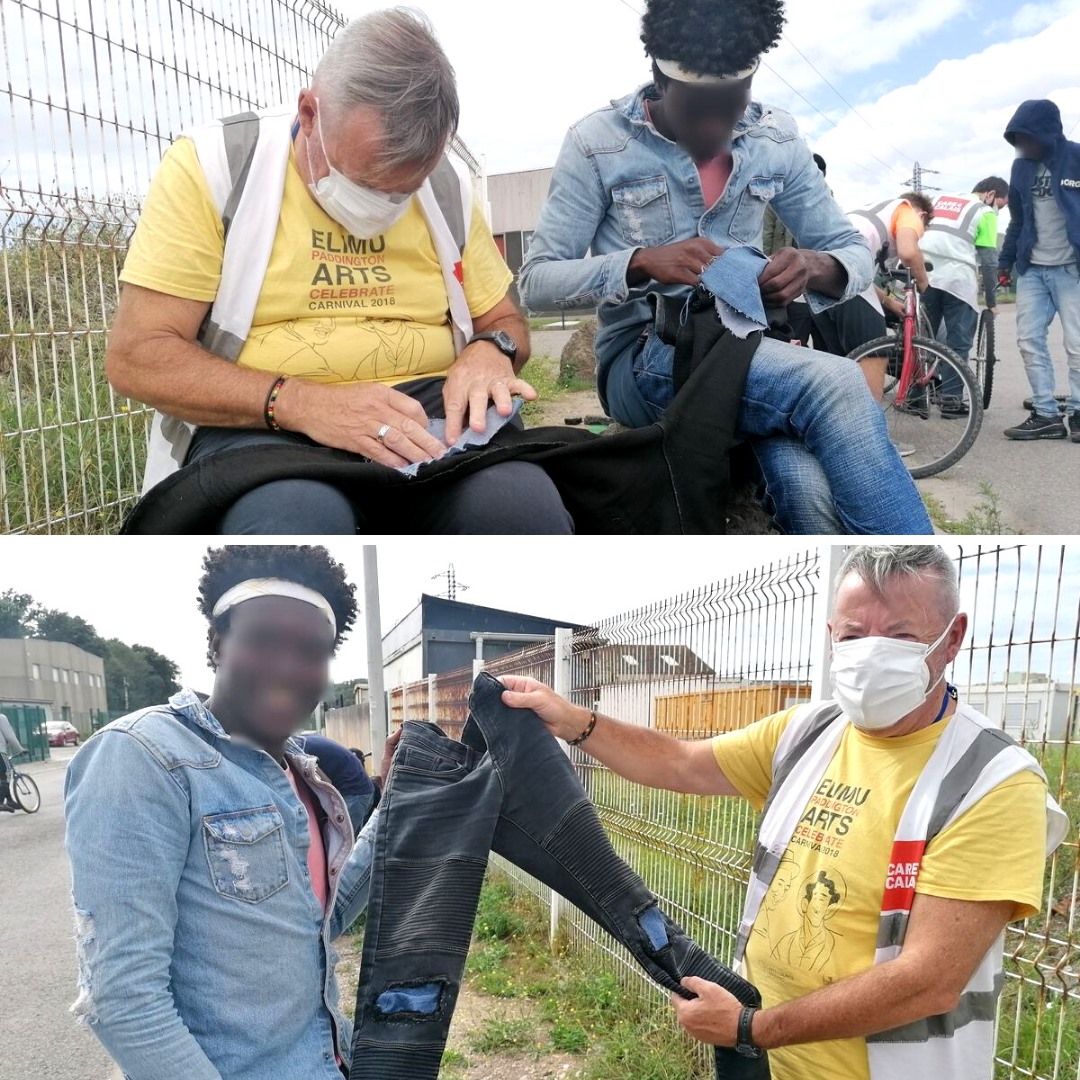 After our jumper distribution in Calais yesterday we were given a special mission. Salomon came up to me pointing at his jeans, the type that had fashionable rips on both knees. He wondered if we could cover the rips with a patch. “I wish I could be stylish but it hurts too much,” he told me and pointed to the bruises on his knees. Sleeping rough does that to you – you’re on your feet all day.

I knew it wouldn’t be easy because sewing patches takes time and we don’t have a lot of it, especially when so many people have tears and holes in their clothing that need to be fixed. Halfway through the day I realised I might not be able to finish the job in time.

So without saying a word, Salomon – who had never sewed anything in his life! – grabbed a needle and thread, sat next to me and got to work on the other leg. The unexpected teamwork was heart-warming and it really paid off – we managed to finish just as everyone was packing up to leave. Sure, the patches were light blue while the trousers were black and the stitching was imperfect and visible. But Salomon didn’t care. He was so happy!

Not once did he ask us if we could give him another pair of jeans in our next distribution. That would have probably been easier for him, but Salomon wanted to fix what he already had. And if you ask me, he looks more stylish than ever now with his one-of-a-kind pair that nobody else has.

– written by Ged Meechan, a volunteer