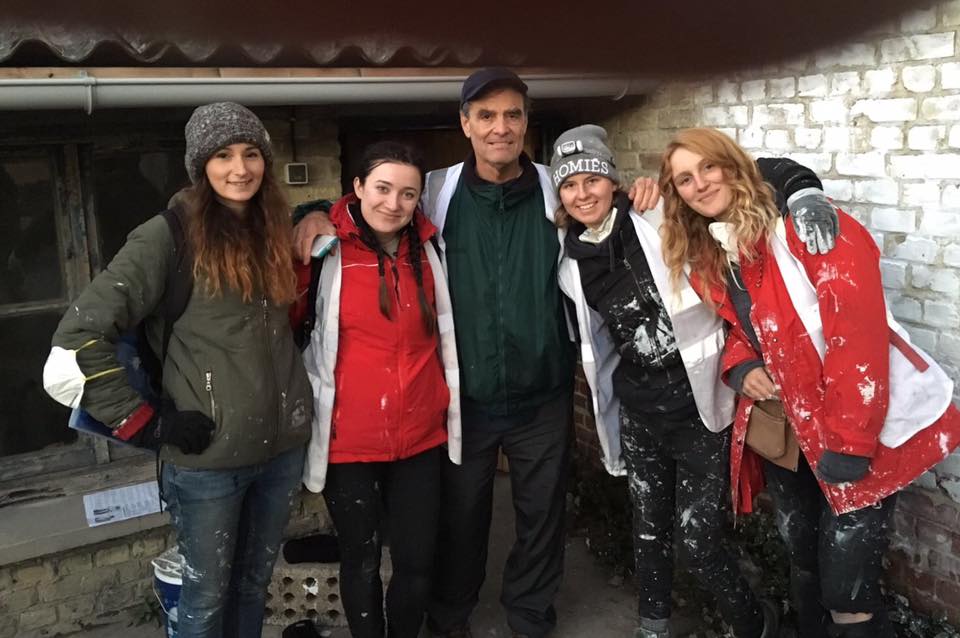 Be the Change you want to see in the world…. (Mahatma Ghandi)

Georgie came to Calais three weeks ago, I met her when we were chatting about what she wanted to do in her time as a volunteer in Calais. We talked about photography and PR I think, and how that could help raise the profile of the work Care4Calais were doing post demolitions. And that night she did indeed put up a fantastic post. But ten or so days later when I got back to Calais, I found a very different and paint splattered Georgie.

This fabulous young woman had discovered an unseen issue lurking beneath the blankets in the shelters in Dunkirk. She researched mould, nasty dangerous black mould, that was coving the walls and floors of shelters and finding its way into the lungs of children. She then led a team to empty the shelters, scrub the mould with a non-toxic chemical solution and paint the affected walls with a safe anti-mould paint to stop it returning.

The days are long and hard but Georgie keeps smiling and pulling the volunteers with her, to scrape and scrub and paint so another family can sleep safely that night. This may not be what she expected to be doing in Calais but she has been the change in so many lives this past three weeks, to show that someone cares and to protect their health in the bitter cold.

We URGENTLY need more volunteers to help continue this valuable work. Volunteer with Care4Calais, find your strengths and test your limits and make the world a better place.