Giving refugees a home during the day 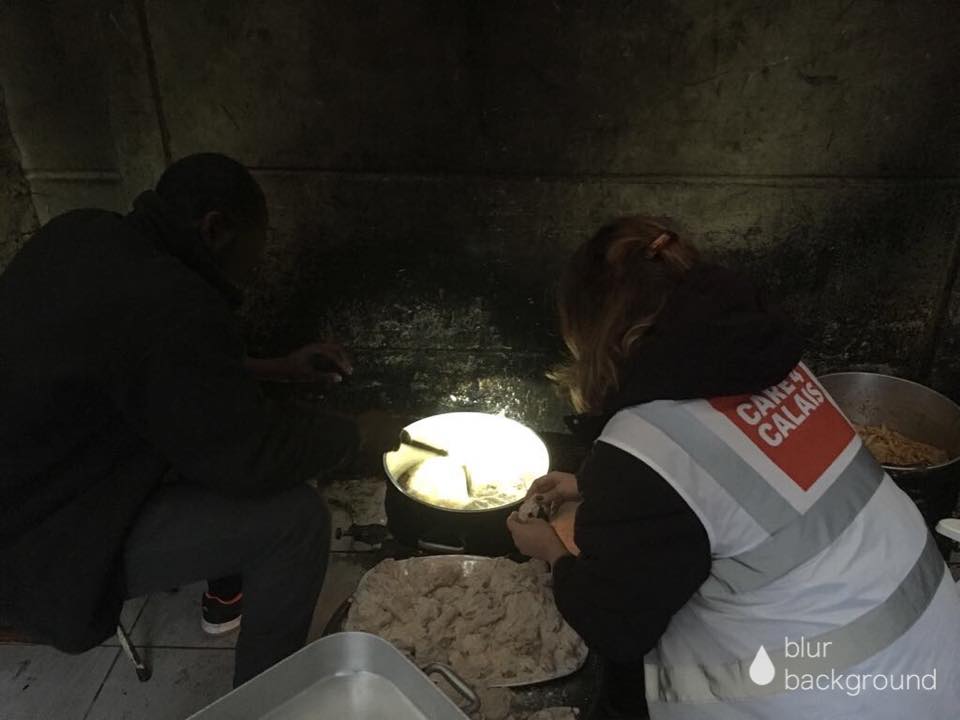 While volunteering with Care4Calais we visited an elderly French couple who have converted their house into a day centre for refugees who sleep rough locally. Around 30 people, mostly Sudanese, come each day to rest, wash and eat at this place near to a small French village.

We were very impressed at the community spirit amongst the refugees. In particular we met Jalan who assumes the role of chef most days. Jalan is Sudanese and in his own country worked as a carpenter making all types of furniture. He was forced to leave his life and his family due to civil war.

Having fled Sudan, Jalan travelled to Libya to try to make his way to Europe. He told us that soon after arriving Libya became dangerous with riots and everyone feared for their safety. He was able to gain passage on a wooden boat with 120 people and they all made it to Italy, for which he considers himself and fellow passengers very lucky.

He then spent four months in Italy, but the people were cruel. He therefore moved on and arrived in France five months ago and since that time has been trying to cross to the UK. He has friends in London and Manchester, and family in Newcastle, who he is desperate to join. He would maybe like to be a carpenter once again when he finally finds a proper home somewhere, but most of all he wants to be safe.

Jalan is also a talented chef and cooks everyday at the centre. Today he fried chicken donated by the Red Cross in the morning, for over 30 people. Despite having very little themselves, the refugees insisted our team join them for dinner as their guests to show their gratitude for the donations we had brought, stressing to us it would be very rude to refuse their invitation.

We all stood round a communal table eating chicken, lentil curry and a chilli lime and onion dip, in which we dipped bread generously donated by the church. It does not feel right that, while I can share this chicken, I am not allowed to invite Jalan to my own home for dinner in return.