“He waited in vain to be accepted for asylum in France” 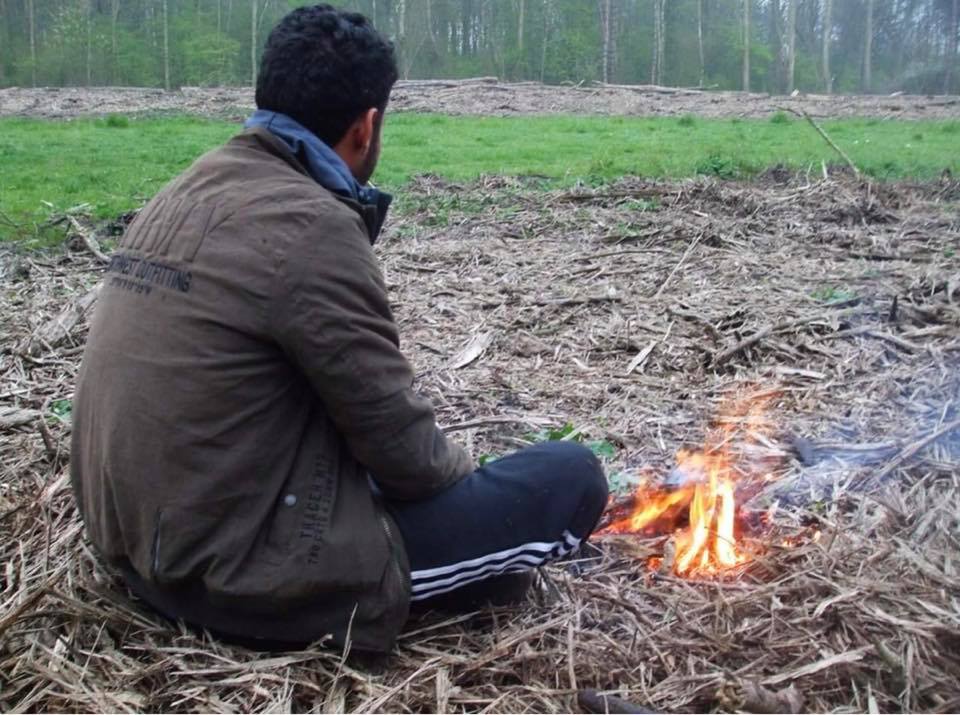 Puythouck April 2019. As I leave the Pakistani camp I see someone in the distance sitting by a fire. He is isolated and looks so lonely. This image catches my imagination so I walk over to ask him if I can take a photograph.

Suddenly he turns around and calls me by my name. He knows me, but I’m having trouble placing him until he tells me his name: ‘A’…..and then the past penetrates my mind like lightning.

I got to know him in the summer of 2017, the first summer after the fire at La Liniere, the ‘official’ Dunkirk camp. At that time the refugees wandered around the lake and gathered at the then still green field next to the electricity pylons.

The Pakistanis and Afghans were afraid of reprisals from the Kurdish people and they were leaving the area. It was a wet summer like last year’s. And then he disappeared but now he’s back. I had hoped so much that he had found a better life and my heart sinks to see him still here in this limbo that drains the soul.

This time, A is all alone. He says he prefers it now. He tells me that in Douai he waited in vain to be accepted for asylum in France.

In Pakistan he was a well-known sportsman, basketball or volleyballer, I can’t remember which. He was, in Pakistan, a scion of a distinguished family. His name sounds like a Ferguson in Scotland, as a von richthoven in Germany. Today he is only A the ‘A’ of anonymous, because he would not like me to mention his name.

Anonymous, he is on Facebook, but not in my heart.