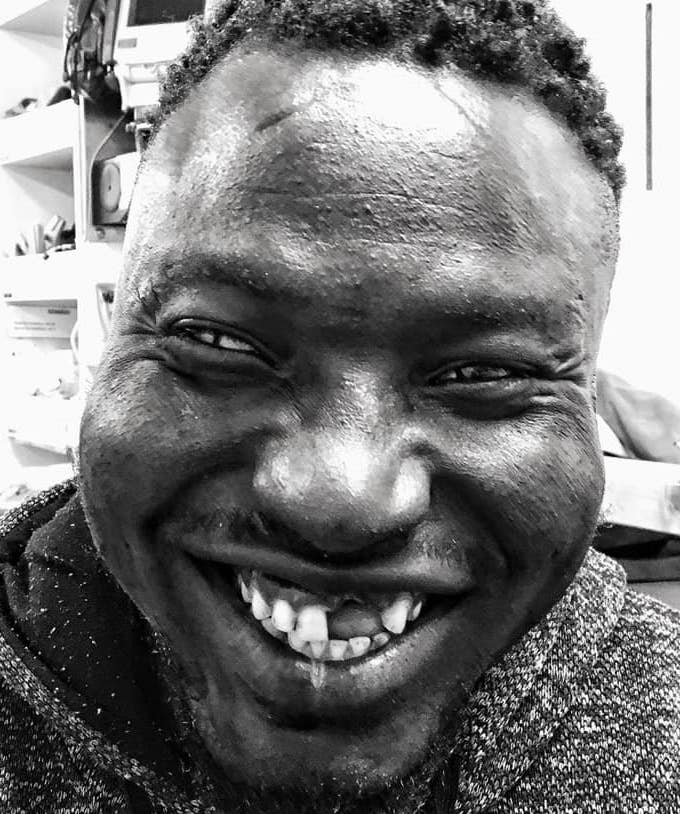 Doro is kind, generous, thoughtful and gentle. His story though, should chill us all to our bones, for Doro has suffered for his dreams more than I could possibly describe.

His story is compelling and a real and vivid testimony, which shows why no human should be forcibly returned to Libya, or simply trafficked by governments to Rwanda or anywhere else. He should be welcomed and shown kindness. Nothing else.

In Libya they called him Mo. Mo means helper in the language of the Soninke. He speaks many languages including French, English, and Arabic. He is a kind and empathetic man, who humbly washed the dishes each day on the Sea-Watch 3 after we rescued him.

When people say that we should “take them back”, I think of people like Doro and I see through those empty words which echo in the comments of every article that is written about humanitarian rescue.

And I hear Doro telling me: “Don’t blame them. They have never suffered like this. They don’t know what they mean.”

Doro is a gentle giant who inspires me constantly and it pains me to tell his story. For I know a man who has suffered without doing anything wrong.

He crossed deserts and negotiated the cruel smuggling routes as people fell around him just to get to Libya where he tried to cross the Mediterranean Sea. He was in a shipwreck and was captured by the Libyan Coast Guard.

His captors sold him to the vicious torture gangs who took him to the notorious Beni Walid prison where they hung him by his hands and tortured him mercilessly in a video call to his mother demanding a ransom. He was stabbed in the stomach and left for dead. His scars are very real.

Incredibly Doro escaped and tried again. He was beaten and had his eye smashed open with a Kalashnikov rifle causing him to lose the sight in one eye. But still he never stopped. He just got up and tried again.

On his fourth attempt to cross the Mediterranean Sea he was one of 47 people rescued by the Sea-Watch 3 in January 2019. Still, the Italian authorities refused permission to take him to safety until eventually, after two weeks at sea, they let us in.

This tortured gentle soul waited patiently with us, helping wherever he could, washing dishes and interpreting the messages between the crew and survivors. His wise and forgiving words resonated with me, inspiring me to want to help.

He asked me to write his story. I said that his story needed to be heard, and said that he should get a writer or a journalist to listen to his story.

But Doro said that he didn’t want to relive his ordeal with someone he didn’t know. He wanted to only tell it to a friend. In the end I agreed because without doing so, his incredible story would not be heard. The result is raw testimony written mainly in his own words.

Three years later and days spent listening to Doro, his story is ready to be read. In his book, he describes where he comes from and why he left home. He tells us about his journey through deserts and seas. He recounts all of the horrors that he experienced and the moments of friendship and beauty which helped him survive.

He needs help to get the story published now. Unbound is an incredible concept which enables people like Doro to have a voice. We have to crowdfund the publication costs but then all of the author profits will go to Doro as he is the one who has suffered for its creation.

You can be part of Doros journey by supporting the publication of his story and hopefully raise enough money to help him rebuild his life. To do so, pledge your support by following this link. Thank you.