Helping after the storm in Calais and Dunkirk 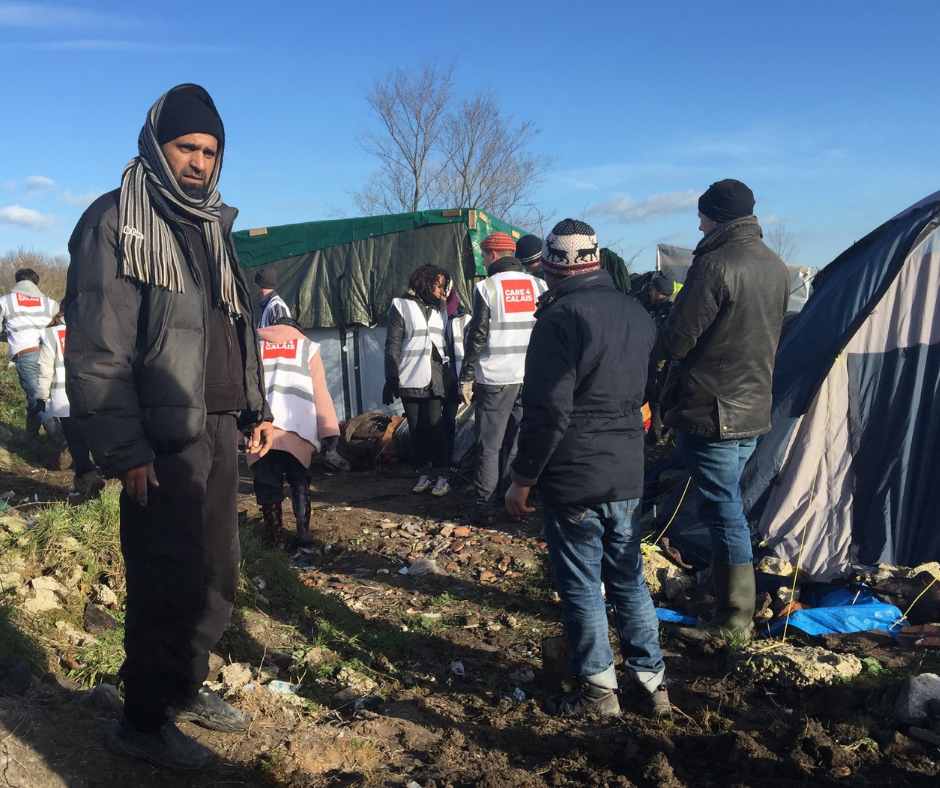 This week we’ve been so proud of our volunteers in Calais, and the work they’ve done to help refugees following the storm on Friday.

We had winds of 80+ miles per hour here, which completely destroyed hundreds of refugees tents, leaving them with no shelter in the wind and rain. But as soon as the storm subsided on Saturday, we went out to help repair hundreds of tents that had been damaged, and to distribute new ones to people who needed them. We’ve now given out tents for about 800 people in Calais and Dunkirk.

Finding shelter is hard enough at the best of times, but seeing them devastated like this brought home to me the vulnerability of refugees sleeping rough. The authorities here did open a storm shelter for refugees, but a lot them were unwilling to go because they are so afraid of the police – they worried that it might be a pretext for moving them out of the area.

That meant hundreds of people were left sleeping outside in the winds – which was all the worse because in recent months, the authorities have removed natural shelter for refugees by cutting down lots of trees.

A few days before the storms, I was out on an evening distribution giving out tents and sleeping bags to new arrivals in Calais. We were in the places where refugees actually lived, not a distribution site, and it broke my heart to see how exposed to the weather they were. To have to live like this is terrible, especially for people who have just arrived in Calais and are feeling disoriented and confused.

People were so pleased to get the tents and sleeping bags that meant they would be warm and dry that night. Even in these conditions, they were friendly and generous, and inviting us to sit down to share coffee and the little food they had. I’ve been in Calais for 16 months now, but I was still shocked to see these conditions – and moved by the generosity.

These situations show why the donations we receive are so important. If you can donate to us please go to care4calais.org