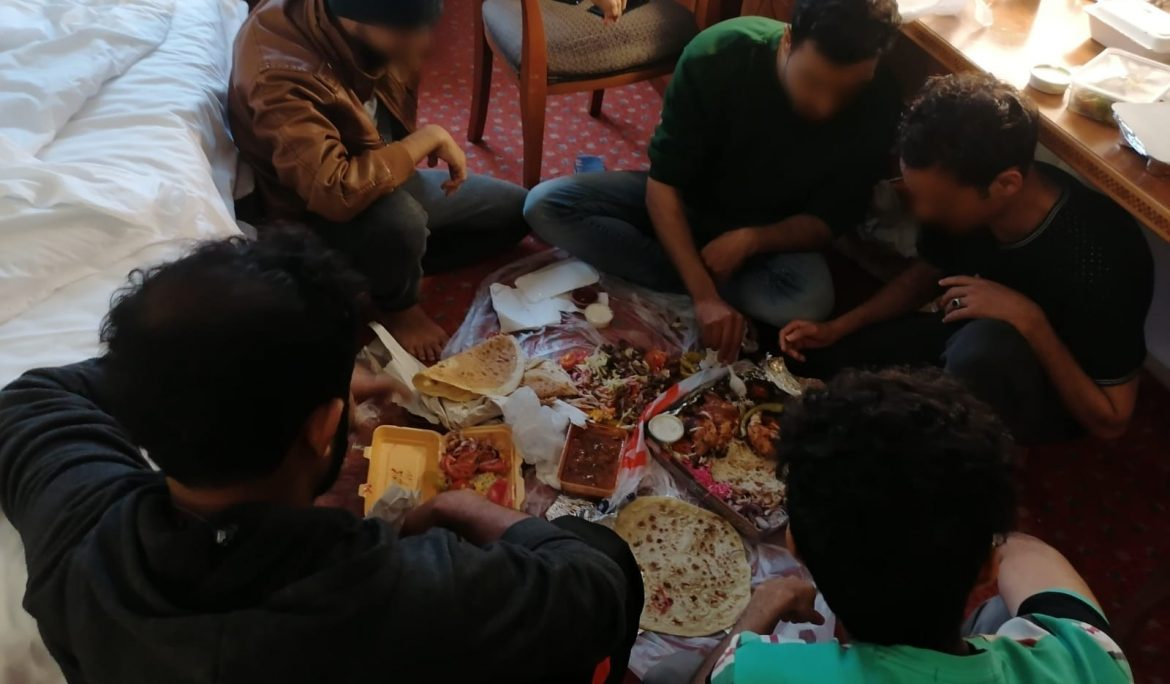 Last month Nigel Farage and members of Britain First stormed into the Daresbury Hotel in Warrington and banged on the bedroom door of a family of eight. The youngest of the six children was just a few months old. After harassing them on camera with questions about why they were here, the parents were left traumatised. They had to explain to their children what racism means, because they can no longer protect them from the reality of the world.

That wasn’t the first time they had to answer tough questions from their kids. Just a few weeks before they had to explain to them why they had to travel on a tiny boat. Why they had to wear life jackets. Why they got split up in prison-like detainment centres. Why daddy had to go away for a few days. And then when they finally get into a safe hotel room, a stranger knocks on their door to ask questions that should be addressed to government ministers rather than to vulnerable refugees.

Many people in the Daresbury Hotel were left upset by the incident. To make matters worse, a few of them were later detained and faced the risk of deportation – even those from war-torn countries like Yemen and Sudan.

Today I went back to the hotel and found out many of the families I’m supporting there, including the parents with six children, are being taken somewhere else tomorrow. They have no idea where they are going. They haven’t been told anything.

Another issue is that the hotel is in the middle of nowhere – next to it is a main road and an industrial site. These vulnerable people have no opportunity to integrate with society. They wake up every day hoping to find out what will happen to them. They live in constant fear that tomorrow will be the day they will be deported. Outside their windows, they have right-wing people protesting loudly, saying they don’t want them here. They have nobody other than Care4Calais volunteers checking up on them.

I have gone there several times with winter clothes, shoes, hygiene packs, sanitary products for the women, educational toys for the children. Anything to help them feel a bit more connected with normal life. I’ve reached out to local restaurants to help with warm meals, because all they get at the hotel is frozen food. You can see them in the photo coming together to share one of these meals. A local charity called Craft In Mind has also been incredible: anything that we needed, they bagged up for us – including lots clothes and shoes. We couldn’t have coped without their help.

We will continue to help because needs must. We need to show refugees that the voice of racist people is not the voice of the UK. If we can get the fire ignited inside each of us, we can shout louder. I’m tired of feeling like Britain First represent everyone in this country when they don’t. There are a lot more of us than there are of them.

– written by Jessica Edwards, a volunteer

You can help us make this country more welcoming for refugees. To get involved with our UK work please email [email protected]